During the rally, he vowed to end kidnapping and insecurity in Nigeria if elected president in the forthcoming February 25 election. 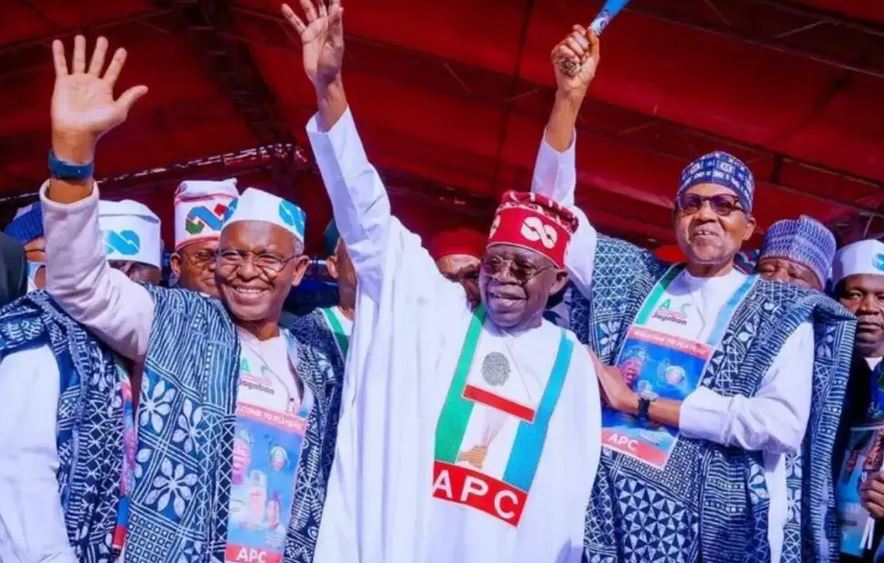 Asiwaju Bola Tinubu, the presidential candidate of the All Progressives Congress, APC, held his campaign rally in Adamawa state.

During the rally, he vowed to end kidnapping and insecurity in Nigeria if elected president in the forthcoming February 25 election.

“There will be end to killing and kidnapping,” Tinubu made this vow at the APC campaign rally in Yola, the Adamawa state capital on Monday.

Tinubu also promised to provide jobs for youths, and facilitate adequate healthcare, and good education amongst other “benefits of progress” if elected.

The former governor attended the rally alongside APC stalwarts including President Muhammadu Buhari and the party’s governorship candidate for Adamawa, Aisha Ahmed, who is popular as Binani.

The APC presidential candidate said the APC does not have only men but also have “capable women” even as he urged the party’s supporters to vote in Binani.

“We will pay attention to your needs, with Binani working together with the President, Bola Tinubu insha Allah (by God’s grace), we will bring you the benefits of progress, education, good health, welfare, you will have good water to drink. There will be end to killing and kidnapping.”