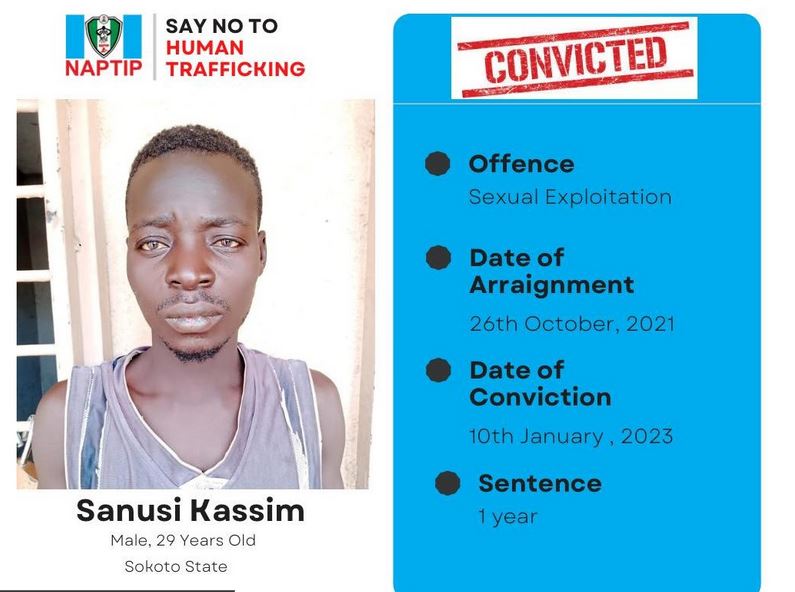 A 29-year-old man has been handed a one-year jailterm by the Sokoto State High Court for s3xually exploiting a 14-year-old girl.

The National Agency for the Prohibition of Trafficking in Persons (NAPTIP) in a statement on Thursday, January 12, said the convict, Sanusi Kassim, of Minanata Sabin Gari Tudun Wada area, Sokoto was charged for procurement for the purpose of s3xual exploitation of a 14-year-old female on a three count charge, contrary and punishable under section 16 (1) of the Trafficking in Person (Prohibition) and administration Act, 2015.

Hon. Justice Isah Mohammed Bargaja. who delivered the judgment on Tuesday, January 10, 2023, also awarded a compensation to the tune of One Hundred and Fifty Thousand naira to the victim.