Three of the suspects were killed in New Bussa while one at Maje village, Magma LGs of the state during a gun battle with men of the command. 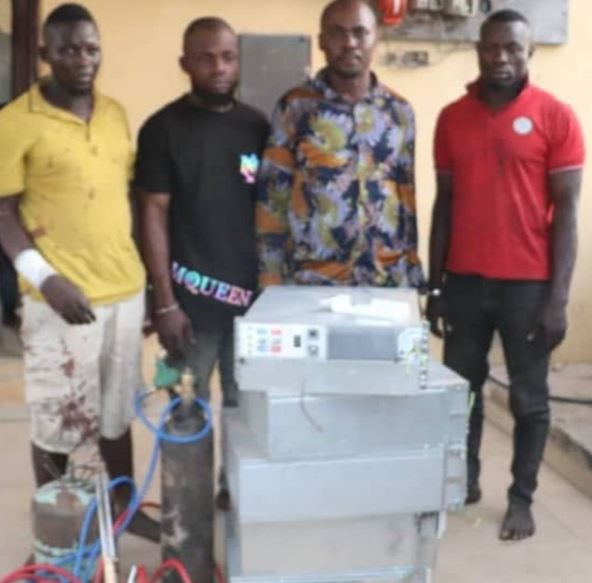 Four armed bandits have been killed by men of the Niger State Police Command in Borgu and Magama Local Government Areas of the state.

The command in a statement signed by the state Police Public Relations Officer, PRO, DSP Wasiu Abiodun said three were killed in New Bussa while one at Maje village, Magma LGs of the state during a gun battle with men of the command.

Abiodun stated three bandits were killed in Borgu LG based on a tip-off that some suspected armed bandits who had kidnapped a driver a few days ago along Kuka-Babanna road, New-Bussa had arranged to collect ransom for the release of the driver.

“Consequently, joint tactical teams of police, military and local vigilantes mobilized and trailed the hoodlums to a nearby forest where the bandits were engaged in a gun battle.

“Three among them were neutralized, scores of them escaped with gunshot injuries, while the driver was rescued unhurt,” he said.

However, one pump action rifle with four cartridges and two single barrel guns were recovered, the police spokesman explained.

He also stated that yesterday at 11:55 am, the police tactical teams attached to Nasko Division were mobilized to Maje village, Magama LG, where they engaged the bandits in a gun duel in which one was neutralized.

According to him, “One of the bandits was neutralized and his AK-49 rifle was recovered from the scene, while others escaped into the forest with bullet injuries.

“However, the teams are still on the trail of the hoodlums for possible arrest of other survivors,” he said.

He added that further efforts were ongoing to arrest the fleeing suspects.