Recall that the officer was fired after allegations emerged she engaged in s3x with coworkers, sent them n#de pictures, took off her top at a hot tub party, and performed oral s3x on two fellow officers while on duty. 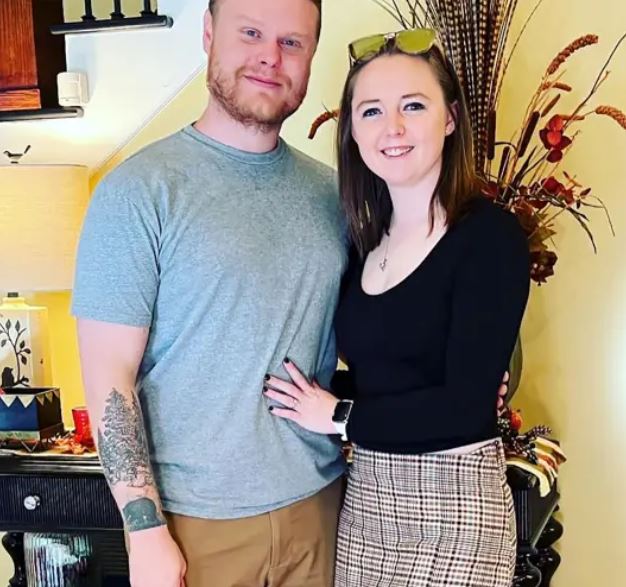 Officer Maegan Hall of the La Vergne, Tennessee police department, was fired after allegations emerged she engaged in s3x with coworkers, sent them n#de pictures, took off her top at a hot tub party, and performed oral s3x on two fellow officers while on duty.

Despite the scandal, her husband Jedidiah Hall is standing by her, Dailymail reports.

"I don’t know how he’s doing it, he’s more of a man than I am, but he’s trying to salvage his marriage," Jedidiah Hall’s boss, Coffee County Sheriff Chad Partin, told the outlet.

Officers Patrick Magliocco and Larry Holladay, who allegedly also had romps with Maegan Hall, stayed on the force but were suspended.

Maegan Hall had told her coworkers she was in an open marriage, investigators said.

One of her coworkers, however, said that Jedidiah, who is the son of a pastor, was not on board.

Coffee County Sheriff Chad Partin said Jedidiah had been training for a job with the Tennessee Highway Patrol but pulled out after the allegations against his wife became public.

He has since become a deputy in Coffee County.

"I have offered and extended to him any resource that he needs. And all he says is, sheriff, I just want to work for the citizens of Coffee County and I love what I’m doing," Partin said.

"I don’t condone what went on at the La Vergne Police Department but he sure hasn’t broken any laws. He’s the victim here. There’s not a blemish on his record. He is doing a phenomenal, phenomenal job," Partin added.