A serviceable AK47 rifle loaded with four (4) rounds of live ammunition was recovered from the neutralized bandit. 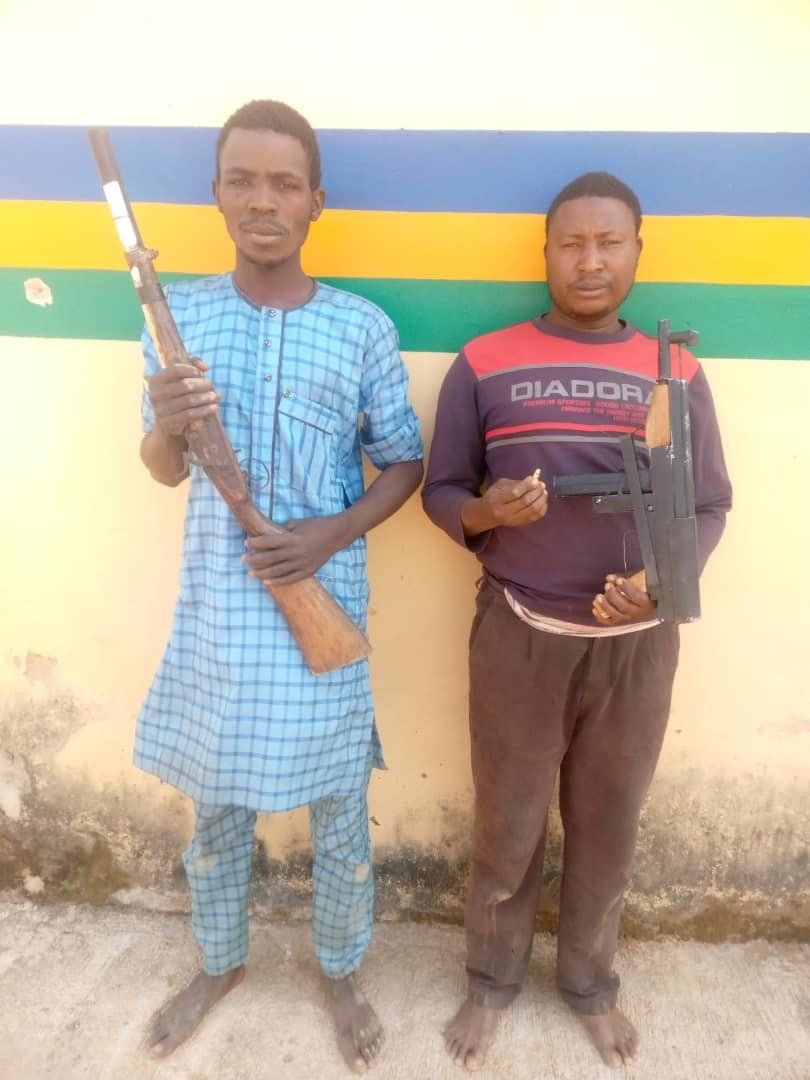 A bandit has been killed while two others were arrested in Kaduna.
The incident happened at Rigachikun in Chikun Local Government Area of the state.
Spokesperson of the command, DSP Muhammed Jalige, in a statement on Sunday, January 15, 2023, said some of the suspected bandits escaped with bullet sounds while an AK47 rifle, a locally fabricated General Purpose Machine Gun with 10 rounds of life ammunition were recovered during the raid.
According to the PPRO, operatives attached to Rigachikun Division on 14th January, at about 0100hours received a distress call that armed bandits have invaded the residence of one Umar Ibrahim at Amana Maimadachi village with the view to carrying out nefarious activities.
Upon receipt of the distress report, the crack operatives alongside other local security stakeholders swiftly mobilized and moved to the location where they engaged the bandits and thwarted their attempt to kidnap law abiding citizens.
In the tactically executed operation, one of the armed bandits clad in military camouflage uniform was neutralized, while others escaped with serious gunshot injuries.
A serviceable AK47 rifle loaded with four (4) rounds of live ammunition was recovered from the neutralized bandit.
In a related development, operatives of the Command attached to Saminaka Division acted on credible information and launched a successful operation on the 13th January, 2023 at Warsa Piti Area of Saminaka Lere LGA where they arrested two bandits, namely; (1) Dauda Yusuf ‘m’ 35yrs, and (2) Sani Ibrahim ‘m’ 30yrs.
"When a thorough search was conducted on them, a locally fabricated GPMG rifle with its six (6) rounds of live ammunition and a Dane gun were equally recovered," the spokesperson added.
Upon preliminary investigation, the suspects confessed to the ownership of the weapons and are currently assisting the Police in investigation at the end of which they will be charged to court.
Top Stories