According to him, Obi went to Chatham House to tell the world about a new Nigeria that is about to unfold. 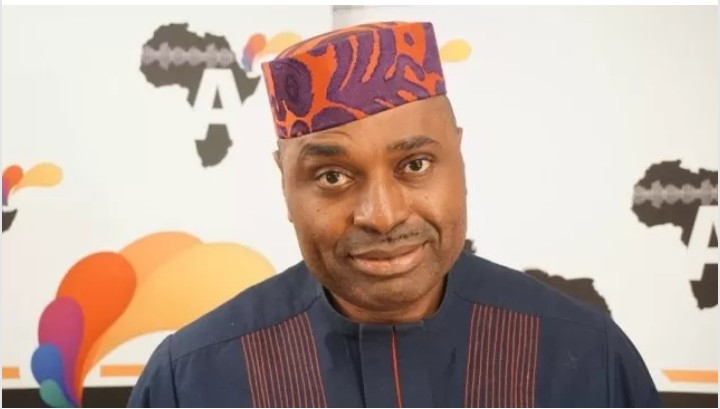 Labour Party spokesman, Kenneth Okonkwo has hailed the party's presidential candidate, Peter Obi after he discussed his plans for Nigeria at Chatham House in the United Kingdom.
Speaking on Channels Television’s Politics Today programme hours after the party’s flag bearer discussed his plans at Chatham House, a world-leading policy institute and think-tank forum, Okonkwo said Obi went to Chatham House to tell the world about a new Nigeria that is about to unfold, about security solutions and uniting Nigeria.
Okonkwo also said Obi was so “stingy” that he refused to “share” answers to questions directed to him during the appearance.
“His (Obi’s) appearance today (Monday) at Chatham House is not just an appearance that will further Labour Party or further his candidacy but his appearance has projected Nigeria as a pride of the black race, has projected Nigeria for what it is; the giant of Africa,” Okonkwo stated.
“I’m so proud of my principal who was so stingy that he went to Chatham House and refuse to share questions; he was answering the questions, in contradiction to the generous APC candidate who went there and shared the questions for other people to answer.”
The LP presidential candidate during the appearance vowed to end oil theft, ease ethnic tension caused by injustice and non-inclusion, increase Nigeria’s electricity generation and distribution capacity, end secessionist agitation through efficient dialogue and inclusion, service Nigeria’s mounting debt, solve youth unemployment, ensure no single Nigerian remains in Internally Displaced Persons’ camp, amongst others.
The Chairman of the Independent National Electoral Commission (INEC) Mahmood Yakubu; and the flag bearer of the New Nigeria Peoples Party (NNPP), Rabiu Kwankwaso would also speak at Chatham House later in the week.
On December 5, 2022, Obi’s counterpart in the All Progressives Congress (APC), Bola Tinubu made an appearance at Chatham House in London, where he revealed some of his plans for major sectors like defense, economy, education, and technology.
Tinubu delegated some of his allies including serving governors and lawmakers to answer questions posed by participants at the event, one which attracted widespread criticisms.
Obi, Tinubu, Kwankwaso and Atiku Abubakar of the Peoples Democratic Party (PDP) are frontline candidates in the February 25, 2023 presidential race.
Top Stories