The Edo State Commissioner for Communication and Orientation, Chris Nehikhare, confirmed the arrest while briefing newsmen in Benin city on Wednesday, January 18, 2023. 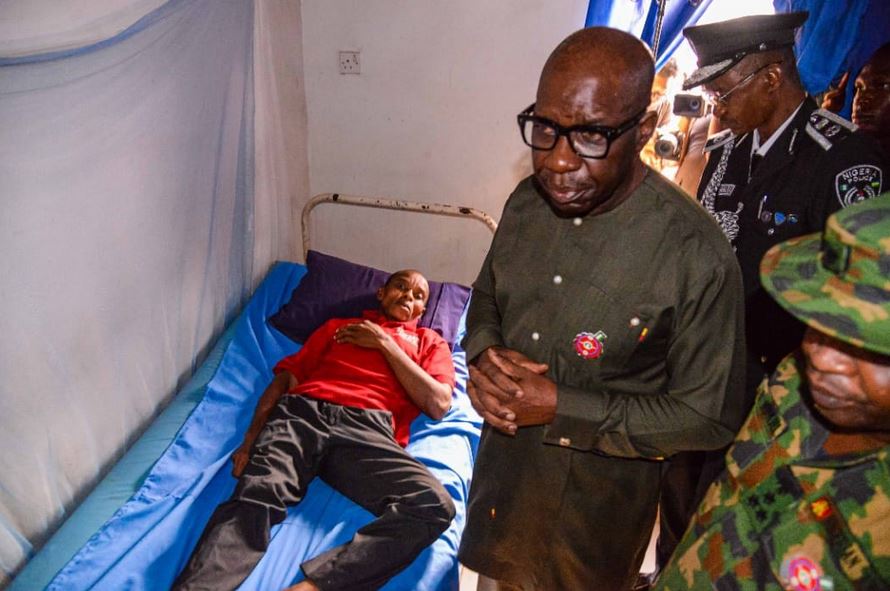 Two traditional rulers alongside five other suspects fingered in the attack on Igueben train station in Edo State on Saturday, January 7, 2023, have been arrested.

Gunmen suspected to be Fulani herdsmen had abducted 20 people, including workers and passengers waiting to board a train to Udu, in Delta state.

The Edo State Commissioner for Communication and Orientation, Chris Nehikhare, confirmed the arrest while briefing newsmen in Benin city on Wednesday, January 18, 2023.

Nehikhare, who did not disclose the names of the two traditional rulers, said the last two kidnap victims have been rescued from their abductors.

According to him, the seven arrested suspects are currently undergoing investigation at the state police command headquarters.

"I am happy to inform you that all the remaining victims of the Igueben train station attack have been rescued. As at today, none of the victims are in the hands of the abductors," he added.

It would be recalled that upon his return to Benin City on Sunday, Governor Godwin Obaseki had faulted the Federal Government for not providing adequate security at the train station in spite of the Abuja- Kaduna train incident during which scores of passengers were kidnapped and spent months in captivity before they were set free by their captors.

Governor Obaseki also faulted the traditional rulers in the locality for not being vigilante enough.

The state government had earlier warned that it would not spare any traditional rulers who harbours criminal elements in his domain.