17-year-old Augusta Uwamanzu-Nna is now a hot cake abroad and is on top of her game because of her unmatched brilliance and intelligence. 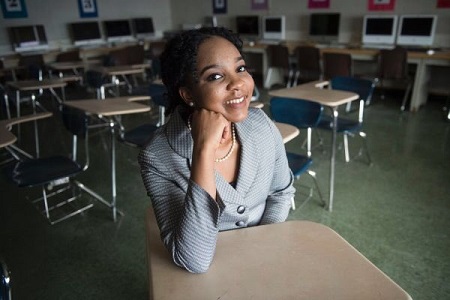 Augusta Uwamanzu-Nna
There must be something in the water at Elmont Memorial High School.
For the second year in a row, an Elmont Memorial High School student has been accepted to all eight Ivy League schools. Last year, the Long Island high school’s salutatorian Harold Ekeh chose to attend Yale University after having his pick of all eight Ivy League schools. This year, Augusta Uwamanzu-Nna, Elmont’s valedictorian, will face the same decision.
“Having two students get accepted into all eight Ivy League institutions in back-to-back years is humbling but also speaks to the incredible commitment to children by the families and staff within the EMHS Community,” said Kevin Dougherty, Elmont Memorial High School principal.
Uwamanzu-Nna was also accepted to the four additional schools to which she applied. The experience has been surreal, Uwamanzu-Nna said in a press release.
“My recent accomplishments reflect the hardworking ideals of the town of Elmont, my supportive parents and my dedicated teachers. I am elated, but most importantly, I am thankful,” she said.
Ekeh and Uwamanzu-Nna are both Nigerian. Ekeh was born in Nigeria and came to the United States when he was 8. Uwamanzu-Nna is the daughter of Nigerian immigrants.
“Though I was born here in America, I visited Nigeria many times,” Uwamanzu-Nna told CNN affiliate WABC. “And I’ve seen that my cousins don’t have the same opportunities that I have. So definitely, whatever I do, I want to make sure that it has an impact on Nigeria.”
Uwamanzu-Nna plans to pursue a science-related major. She was a finalist in the 2016 Intel Science Talent Search for her research on cement that could help prevent underwater oil rigs from rupturing. On Monday, she received an invitation to the White House Science Fair.
She is hoping to attend a school where she is able to combine her varied scientific interests, which include biochemistry and environmental studies, she said in the press release.
There are no secrets to academic success, she said. Her 101.64 weighted GPA was earned through hard work.
“I’ve struggled with numerous classes in the past,” Uwamanzu-Nna told WABC. “But I guess what allowed me to be successful … is my persistence and my tenacity.”
Uwamanzu-Nna hasn’t made a final decision on what school she will attend, but with acceptance to 12 schools, she has a tough decision to make.
CNN
Top Stories