A controversial prophet who has set tongues seriously wagging because of his most recent claims of going to heaven, is causing confusion among people. 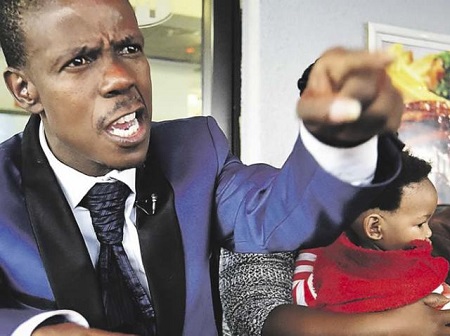 Prophet Mboro
Prophet Mboro has been in the news the past week after he claimed he went to heaven and took pictures of the place.
The story had made headlines in the Southern Africa region and beyond the international borders.
However, Zimbabwean media has been having a hard time reporting on the story because of the pastor’s surname.
According to South Africa Latest News, sources say people are confused on how to go about it because in Zimbabwean dominant language, Shona, Mboro is highly vulgar and means p*nis. Mboro’s surname automatically makes it difficult for our neighbours to write anything about him.
A reliable source also claims that a circular was sent to all major media outlets to actually desist from reporting on any Mboro news whatsoever and any newspaper found to be contravening the direct order would face retribution and possibly have their broadcast licence revoked. But the pastor's story is such an intriguing one that is so tempting.
Parts of the circular which is in iMzansi possession reads, ‘Reporting on the South African Prophet Mboro will be taken seriously and anyone caught doing so shall be answerable to questioning. The word itself is derogatory and should be treated as such.’
One journalist in Zimbabwe who works for a top media house said, ‘Mboro is selling but we just can not write about him. It is against our culture and beliefs’.
The circular however advises the media to use other names ‘should they feel the need to report on the pastor’. It reads, ‘We advise you to refer to the pastor using his birth name Paseka Motsoeneng instead of Mboro’
Top Stories