Angola oil production rate in the last month has beat Nigeria owing to some issues of pipeline vandalism amongst others affecting crude oil production in Nigeria. 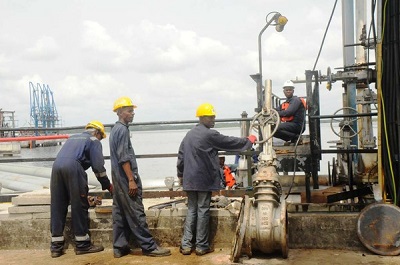 Nigeria has again lost its Africa’s top oil producer status to Angola, as the country’s crude oil production fell by 67,000 barrels per day last month, latest data from the Organisation of Petroleum Exporting Countries have shown.

OPEC, in its Monthly Oil Market Report for April, which was released on Wednesday, put crude oil production from Nigeria at 1.677 million bpd in March based on direct communication, down from 1.744 million bpd in February.

Nigeria recorded the biggest drop in output in the month among its peers in OPEC, followed by Venezuela, based on direct communication.

Exports and production of Nigeria’s popular crude grade Forcados continued to be shut in due to a sabotage-related spill on the subsea Forcados pipeline.  The country has recently seen a rise in militant attacks in its main oil-producing region, the Niger Delta, denting oil production.

The country’s production figure for March was put at 1.722 million bpd by secondary sources, compared to 1.762 million bpd the previous month.

According to secondary sources, total OPEC crude oil production in March averaged 32.25 million bpd, a marginal increase of 15, 000 bpd over the previous month.

The 13-member oil cartel, said in the report, “Crude oil output increased mostly from Iran, Iraq and Angola, while production decreased in UAE, Libya and Nigeria.”

Angola saw its oil output rise to 1.782 million bpd last month from 1.767 million bpd in February, based on direct communication, according to the OPEC report.

According to the latest monthly report, OPEC believes crude supply outside the producer group is set to fall more than expected, with weaker Chinese, Colombian, UK and US oil output eclipsing better outlooks for Canada, Norway, Oman and Russia.
Top Stories