A 10-year-old Finnish boy has received 10,000 dollars from Instagram after finding a security fault in the service, media report said on Tuesday. 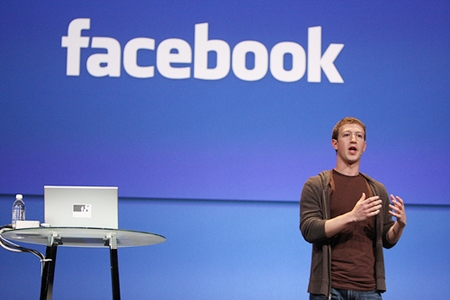 Facebook CEO, Mark Zuckerberg
After finding a security fault in the popular social media website, Instagram, a 10-year-old Finnish boy has received 10,000 dollars from the multi-billion dollar company.
According to media report on Tuesday, the boy whose name was given as Jani, discovered the security vulnerability in the Instagram app, a mobile photo-sharing service owned by Facebook, in March.
He found that he could delete other people’s comments when he inputted malicious code into the comment field of the application.
"I tried if Instagram’s comment field could handle harmful code. It didn’t. I found out I can delete other people’s comments from there.
"I could’ve deleted anyone’s, like Justin Bieber’s comments from there," Jani told Iltalehti Newspaper.
Jani informed Instagram about the technical fault by email, after a few days, Instagram replied to him that the flaw was fixed, and as a reward, he received 10,000 dollars from Instagram.
The boy said he had been enthusiastic about coding games for years, and had been building up his skills on his own with his twin brother. "Then I started to get interested on information security and started watching Youtube videos on it," he said.
His father said that he was very surprised that his son had learned so much about coding and data security. "I was very surprised that Jani has gotten so far already. I have no idea about that social media stuff," the father said.
Meanwhile, the boy said he dreamed of becoming an information security expert in the future. "It would be my dream job; security is really important," Jani said.
Top Stories