A pastor has caused serious commotion in Ogun State after a human skeleton was found right inside his home. 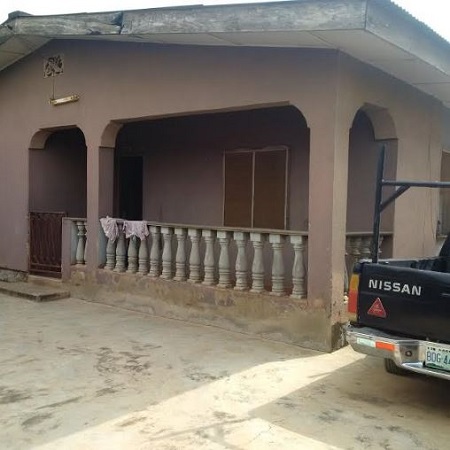 The pastor's house
A human skeleton has been found inside a pastor's house in Ogun State.
The skeleton is believed to be that of a woman.
The human skeleton was found today in the pastor's house which is located in Peace Land Estate, Akute, Ogun.
According to LIB, eyewitness have revealed that the shocking discovery was made when the owner of the pastor's house tried to evict him out of his flat over late payment of  rent.
"The Pastor did not pay his rent for a year. The Land lady who was angry with the situation of things stormed his home with some people in-order to evict him but were shocked when they discovered a human skeleton inside," the source revealed.
When the skeleton was found, people in the neighbourhood were quickly alerted and the police was notified.
However the embattled pastor, who owns a church in the state, made some revelations about the skeleton. He alleged that it belonged to his sister.
According to LIB, the pastor's parents had just three children - himself and two sisters. He lived with them in the flat but after a while, one of his sisters named Funmi wasn't seen again.
When people asked about her, he would say "she went to the mountain."
She however allegedly died since 2010 and her body was abandoned in the house.
The Police has since whisked the pastor away as investigations begins.
See more photos below: 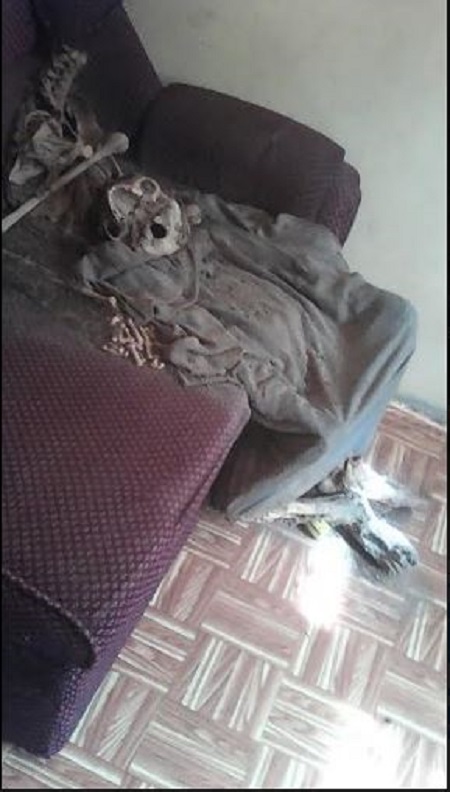 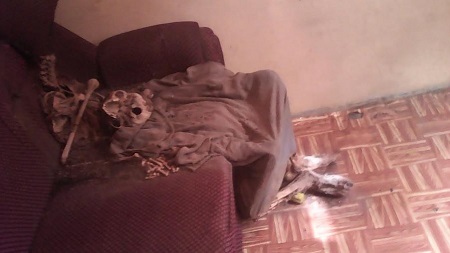