How Laura Ikeji's Fiance, Kanu Dated a Nollywood Actress and Allegedly Dumped Her


As Laura Ikeji who is the younger sister of famous blogger, Linda Ikeji looks forward to her marriage to Ogbonna Kanu, media attention has been drawn to his romance with Nollywood actress, Ebube Nwagbo. 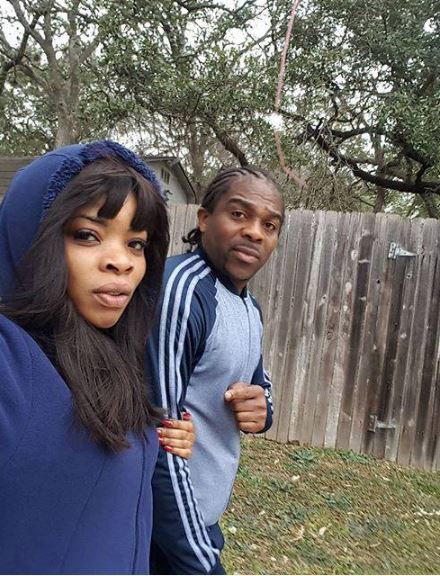 Laura Ikeji and Ogbonna Kanu
Ogbonna Kanu is Kanu Nwankwo's younger brother whose news of engagement to fashion blogger, Laura Ikeji has hit the media with a bang.
Ogbonna Kanu has been reportedly dating Laura for a year while rumours have it that the duo had before now being apparently living together. Kanu enjoyed a fairly successful football career in United Kingdom - Europe and also featured briefly for the Super Eagles.
He currently has two kids with a British woman. He is trapped in the web of alimony to the white woman who divorced him on the grounds of gross infidelity in the year 2013.
Prior to his engagement to Laura, there is a gist that he dated ace Nollywood actress, Ebube Nwagbo some years back before the duo parted ways on irreconcilable differences.
Ogbonna is now happily engaged to celebrity blogger, Linda Ikeji’s sister, Laura and very soon, the couple will announce a date for their wedding.
Meanwhile, not all knew that the dude befriended actress Ebube Nwagbo between 2007-2008. He reportedly dumped Ebube when he couldn’t cope with her alleged waywardness. 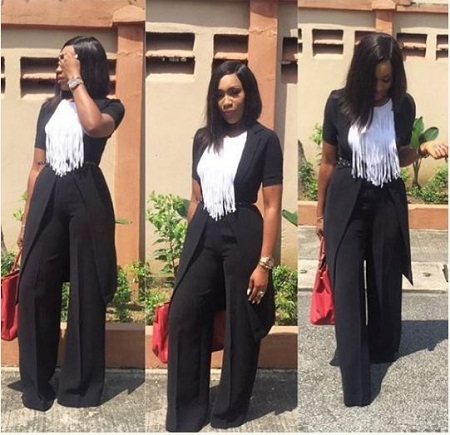 Ebube Nwagbo
Though Ebube denied been dumped, she was quoted in an interview:
“He did not dump me. We had a mutual agreement. Nobody dumped the other. The relationship did not survive. We were dating; we had a relationship. But ours was just like any other relationship. However, the press did not give us any moment of rest. They married us and divorced us on the pages of newspapers and magazines. People kept writing things that were both true and untrue about the relationship in the newspapers.”
Ebube blamed journalists for the crash of the relationship.
“Oh yes, I blame journalists. They kept writing about us. Everything about me became news to them. I guess that is the price you have to pay for being a star. It was just too much. Anyway, I have learnt my lessons.
Asked if she was jealous of the girl in his life then (2008) and the pretty actress said:
“Why should I be jealous of her? I was the one that allowed her to be there in the first place. Please, there is no need for me to be envious of any babe in his life. I have moved on. It was not as if I was flaunting my relationship with Ogbonna. We were just like every other couple. But as it is now, nobody is going to know anything about my private life again."
According to reports, Laura, a fashion entrepreneur whose business was set up for her by her blogger sister, Linda, started dating Ogbonna less than a year ago after meeting him through a mutual friend.
Ogbonna and Laura even spent their last Valentine together in Texas, United States of America. They went to Ghana where they privately celebrated Laura’s birthday on March 15, 2016.
Laura Ikeji got engaged to Ogbonna on December 17. They are reports that the viral proposal video was planned by the duo as Laura failed to allow Kanu pop the proposal question before she kissed him and celebrated.
Top Stories