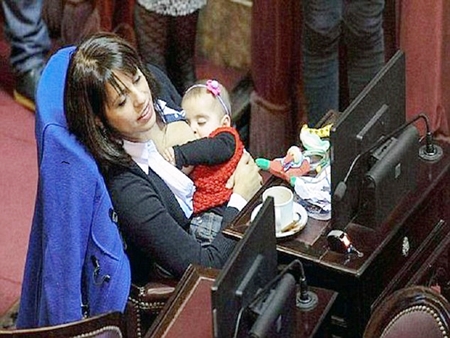 The photograph of glamorous Argentinian MP, Victoria Donda Perez, feeding her 8-month-old daughter during a parliamentary session has since gone viral.
The incident was filmed at the Congressional Palace in the capital Buenos Aires earlier this month. The image of the breastfeeding mother reclining into her chair with her baby and scattered messy table in front of her, was quite unremarkable and has got the social media buzzing.
The 37-year-old's decision to feed her baby girl right there and then, has divided the online community. Some have hailed her as a feminist icon while others feel the public act was inappropriate. 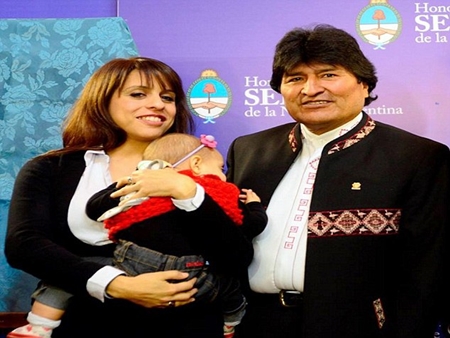 The human rights activist and lawyer became the youngest woman ever to become a member of the Argentine National Congress in December 2007. Since then, the politician has been nicknamed 'Dipusex' - or sexy MP
Top Stories