A habitual thief who has been stealing for a long time now, has been disgraced and stripped after she was caught stealing from a store. 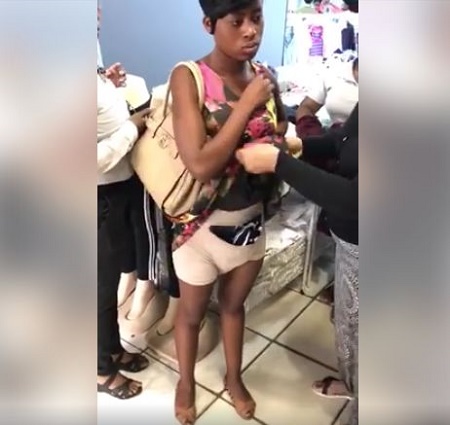 The Zimbabwean woman
A shocking drama ensued recently after a young Zimbabwean shoplifter who specializes in stealing clothes and hiding it in her customized 'pant' was caught red-handed after she hid about nine stolen clothes in the 'pant'.
She was caught by the owner of the boutique where she went to steal and was disgraced as the clothes were removed from the customized 'pant' one after the other. She was filmed and later handed over to the police after the incident.
It was also gathered that the woman has been stealing from boutiques in the past before luck ran out on her this time. The incident which happened in Zimbabwe has since gone viral.
Watch video below: