Shocker! You Won't Believe the Fine a Man Got for Stealing N3,000 Material in Abuja


A man who stole material worth only N3,000 has received an unbelievable fine when charged to court for trial. 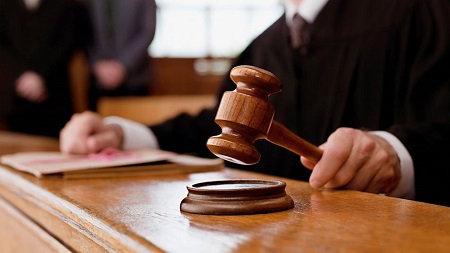 Shaibu Sani, a 22-year-old man, who allegedly stole iron rods valued at N3,000, was on Wednesday brought before an Upper Area Court in Gwagwalada in the Federal Capital Territory.
Mr. Sani is facing a two-count charge of joint act and theft which contravene Sections 97 and 287 of the Penal Code.
Police Prosecutor Abdullahi Tanko said the accused with another man now at large stole two pieces of iron rods valued at N3,000 at undisclosed location.
According to him, the iron rods were later recovered from the accused during police investigation.
The accused pleaded not guilty.
The judge, Alhassan Kusherki, granted him bail in the sum of N100,000 with a surety in like sum.
He adjourned the case to April 12 for hearing.
Top Stories