The Nigerian Army has released a series of photos showing its engineers removing land mines and IEDs planted along the highway linking Gwoza to Yamteke in Borno state. 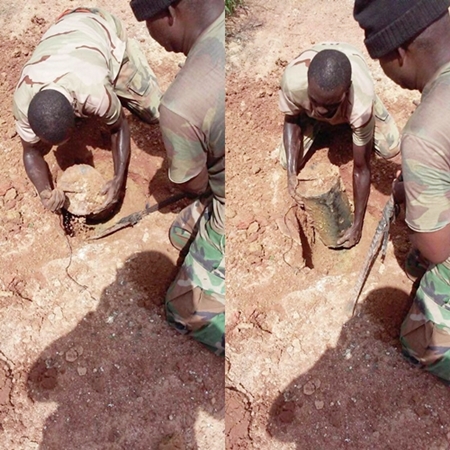 The Nigerian Army has discovered and removed IED and mines planted by Boko Haram members along Gwoza-Yemteke road.
According to a statement issued by Colonel Tukur Ismail Gusau of the 7 Division of the  Nigerian Army, engineers removed the mines and IEDs planted along the northeastern highway linking Gwoza to Yamteke in Borno state. 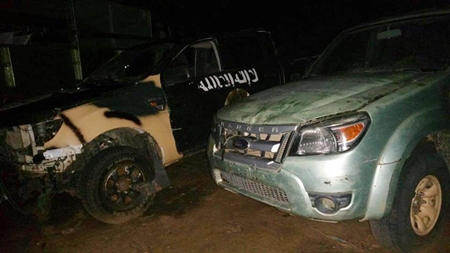 “In the Nigerian Army's determined efforts to clear all roads in the North East of Improvised Explosive Devices (IEDs) planted by Boko Haram Terrorists, troops of 7 Division Nigerian Army during clearance and linking up operations  have successfully recovered 5 IEDs planted on the road linking Gwoza-Yamteke road.
The explosives have since been defused and destroyed by the team of Nigerian Army Engineers. Similarly, the troops conducting clearance operations in Dikwa area following routing out of terrorists in the area couple of days ago,  discovered a hideout in which weapons and equipment suspected to be used by the Boko Haram terrorists for construction of IEDs were hidden. 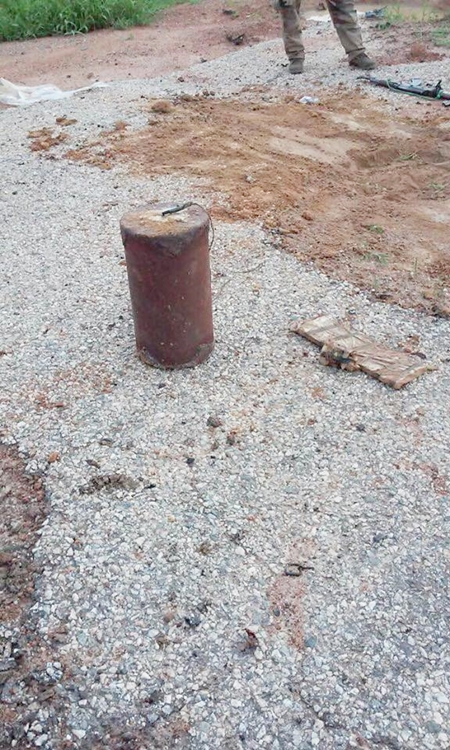 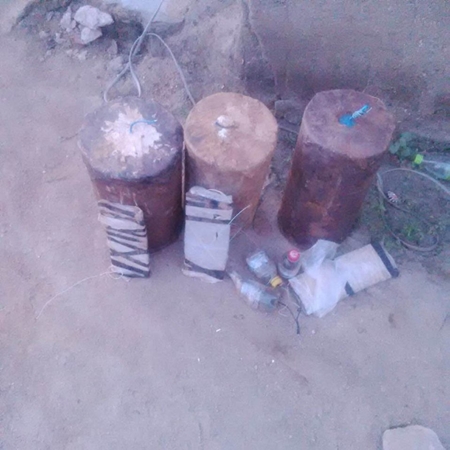