Lovers who met on the 9th of April, 2017, the day Efe won Big Brother Naija reality television show, have gotten married, less than a month after. 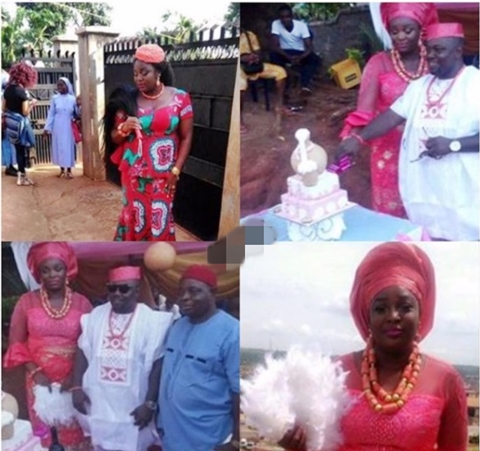 The couple on their wedding day
A Facebook user identified as Obianuju Pauis, has taken to the social networking platform to share her love story and wedding photos.
According to the lady, she met her hubby on Sunday, April 9, the final day of the Big Brother Naija reality show which Efe won, and few weeks later, they have gotten married.
The bride shared their wedding photos on Official EfeNation fan group page on Facebook and captioned it: 'Efe fans wish us well in this beautiful journey, we met d day Efe won.'

Epic Throwback Photos Of Aliko Dangote With Friends Many Years Ago

NURTW Boss, MC Oluomo Attends His Children's Graduation In The US (Photos)