NBA Calls Out Comedian Lasisi Elenu For Misrepresenting Lawyers In His Skits; Threatens To Take Action Against Him
Recent Stories

Lovely Photos Of Apostle Suleman Giving His Wife, Lizzy A 'Holy Kiss' During His Birthday Celebration


Apostle Johnson Suleman of Omega Fire Ministries worldwide has been spotted in a joyful mood as he celebrated with his wife on his birthday. 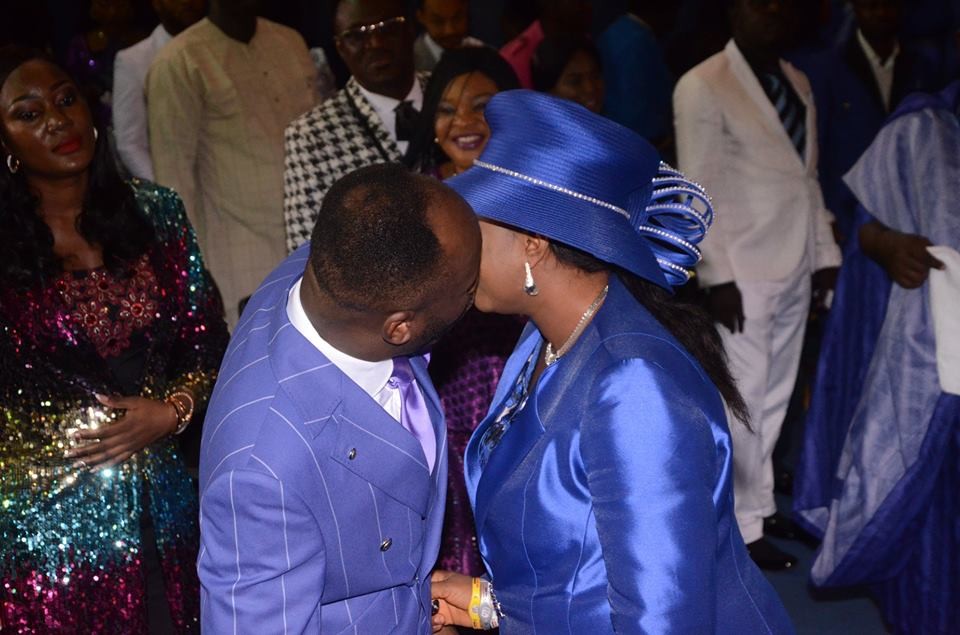 Apostle Johnson Suleman giving his wife a kiss on his birthday
President and founder of Omega Fire Ministries worldwide (OFM), Apostle Johnson Suleman on Sunday, March 25th, 2018 celebrated his birthday in style as he hosted his church members to a special feast.
The apostle who couldn't hide his excitement also gave his wife, Lizzy Suleman a 'holy kiss' in front of everybody.
The man of God used the opportunity of the celebration to extend blessings in kind and cash to the less endowed of the society, including his church members, educational institution, and even students.
He offered Benue State government N5 million in aid for the people in the state displaced by recent herdsmen/farmers’ clashes. 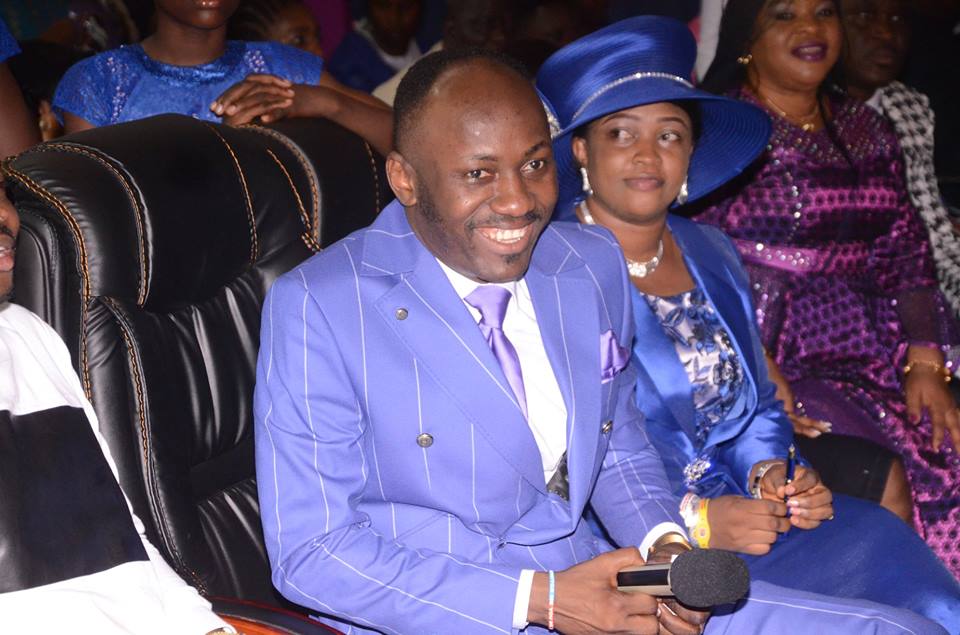 OFM church workers who have continued to dedicate themselves to God’s service, were blessed with N32 million by Apostle Suleman. The man of God also donated a 133kva electricity transformer to the medium security prisons in Auchi, while a widow was blessed with a befitting house fully furnished.
A block of classrooms was also donated to a secondary school in Akpekpe, Etsako Central Local Government Area, Edo State and the tuition fees of students under his ‘Apostle Suleman Scholarship Fund’ were fully paid. 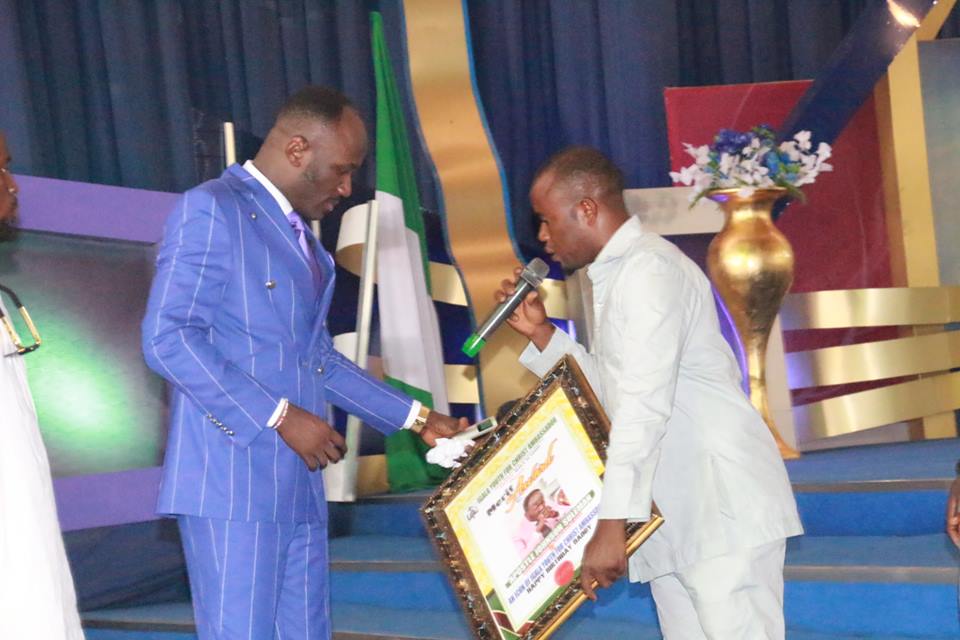 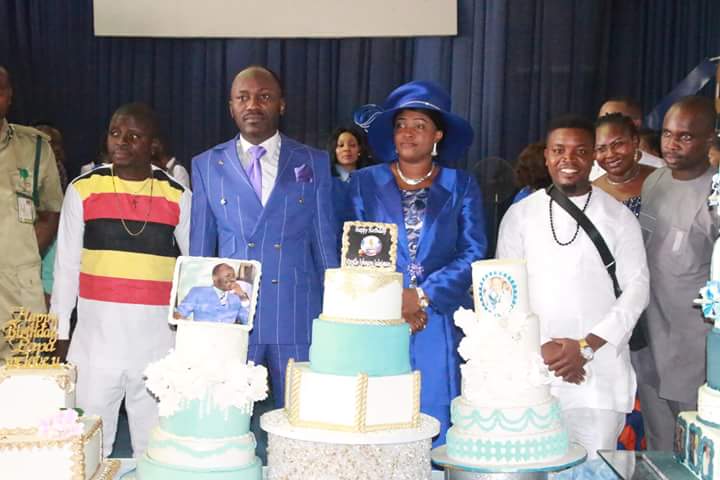 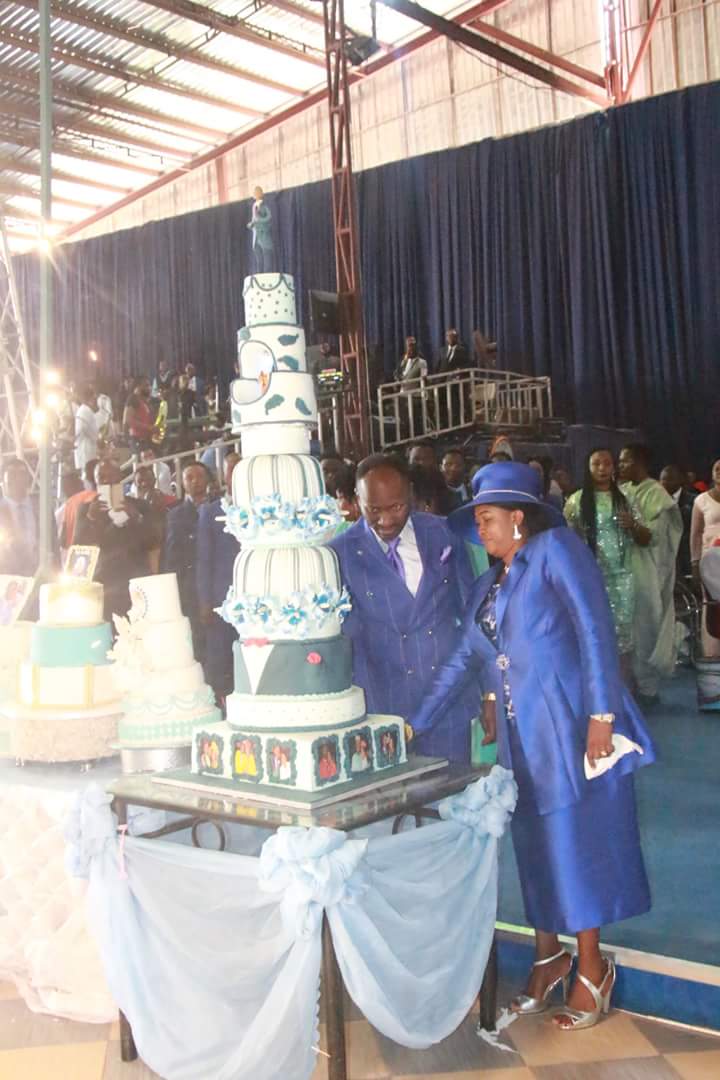