Shocking: Nigerian Singer And Her Daughter Allegedly Murdered By Her White Husband Inside Banana Island


A Nigerian singer and her daughter have been reportedly killed by the woman's husband inside their home in a highbrow neighbourhood in Lagos. 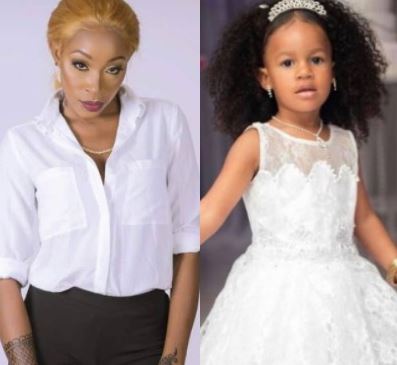 Alizee and her daughter
It has been reported that the fast Nigerian singer, Ali Zainab Nielsen who is more popularly known as Alizee has died.
According to an exclusive report by LIB, the artiste and her young daughter were both murdered by her husband.
The report shows that Alizee was murdered this morning April 5th along with her 4-year old daughter, Petra Nielsen by her husband Peter Nielsen, a white man, at their home in Banana Island.
LIB reports that a member of Alizee's management team made the revelation today.
The source said: "Its really a shocking and sad development. We all woke up to the sad news of her death this morning and to find out that the homicide was committed by her husband makes it all the more sad. The Police has been brought in to the case and we'll share more details as we get them".
The circumstances leading to her death still remains yet to be revealed but sources say the bodies of Alizee and her daughter have been deposited at a mortuary while police continues with their investigation.
Alizee is a Kogi State born singer who signed a two year record deal with an Asian record label, Petra Entertainment in 2017.
The record deal came with a brand new Ford explorer, a house in Banana Island and international distribution with affiliates of her record company in Asia.
Top Stories