A military plane which was carrying more than 100 soldiers has crashed to the ground, leaving many personnel dead. 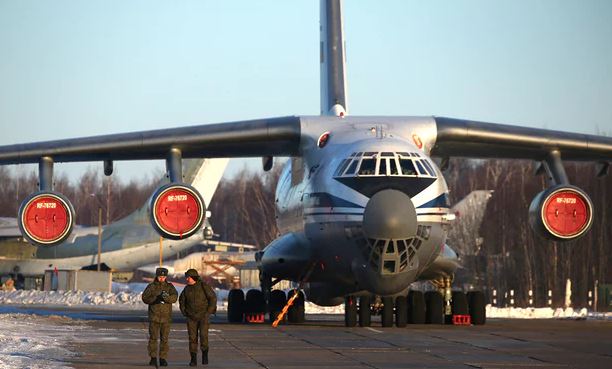 A Russian Il-76 plane, similar to the Algerian aircraft that has crashed. Photograph: Alexander Ryumin/Tass
It has been reported that scores of people are feared dead after an Algerian military plane crashed near a base outside the capital, Algiers.
According to The Guardian, Algerian state media reported that more than 100 people were killed, though this could not be confirmed independently. The radio report said the cause of the crash was unclear.
The Soviet-designed Il-76 plane was headed from Boufarik military base to Béchar in south-west Algeria, state media said.
The local channel Ennahar TV reported that more than 100 military personnel were on board the plane when it came down.
Footage showed black smoke rising near a motorway and a crowd of security officials and other people standing in a field next to the crash site.
The tailfin of a plane could be seen above olive trees, with smoke and flames coming from the wreckage.
Boufarik is located about 20 miles (32km) from Algiers in northern Algeria.
More details soon…
Top Stories