The Police Commissioner in Plateau state has been removed with immediate effect following the brutal murder of about 86 innocent villagers by herdsmen. 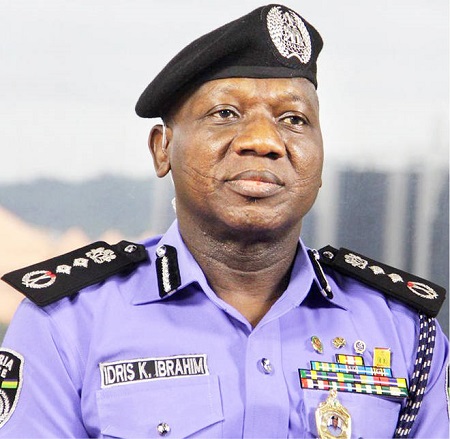 IGP Idris ibrahim
About 48 hours after the killing of over 100 people in Barkin Ladi, Riyom and Jos South Local Government Areas, the Inspector-General of Police, Ibrahim Idris has ordered the sacking of the Plateau State Commissioner of Police, Undie Adie, with immediate effect, according to Punch.
The CP has been replaced by Yobe state-born Bala Ciroma, who was until his new position the Deputy Commissioner of Police, Criminal Investigation and Intelligence Department.
According to the report, a terse statement issued on Tuesday by the Spokesperson of Plateau State Police Command, Matthias Tyopev, a Deputy Superintendent of Police, neither gave reasons for the removal nor explained his new posting.
The new CP, according to him, graduated from University of Maiduguri in 1988 and joined the Nigerian Police Force as a Cadet Assistant Superintendent of Police on March 3, 1990, and has served in various capacities.
Ciroma who was one-time the Head of Operations at the Economic and Financial Crimes Commission in Abuja, “has also served in virtually all the six geo-political zones of Nigeria and in all the departments of the NPF.”
Details later.
Top Stories