Some Vikings and Aiye cults members have been nabbed by gallant police officers in Anambra state. 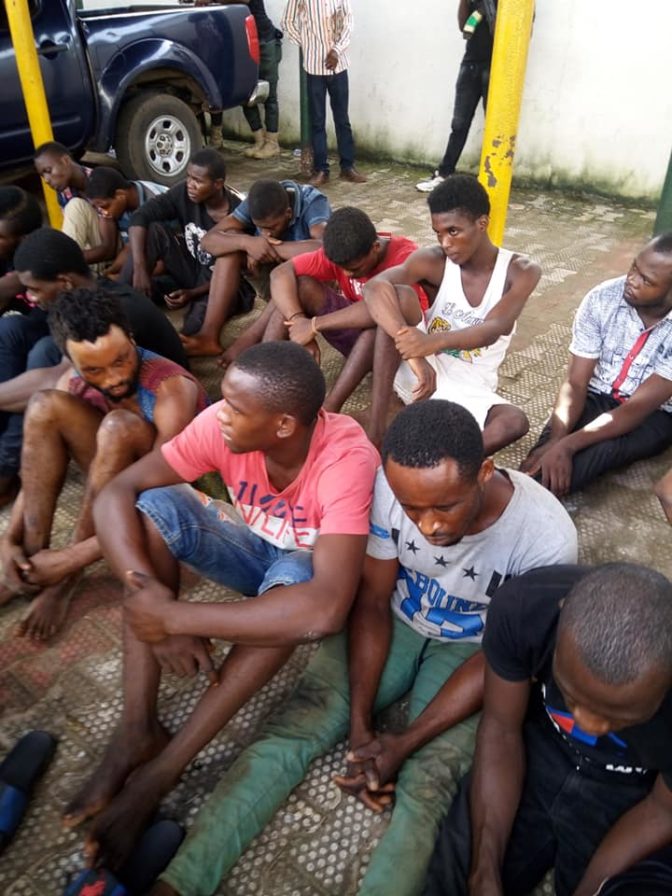 Suspects
The Anambra state police command has paraded some suspects who were arrested for various offenses across the state.
Following intelligence report, the Command operatives attached to special anti-robbery squad (FSARS) arrested one Ojiakor CHike male aged 25yrs of Umuezeawara in Ihiala LGA of Anambra State, suspect is a notorious cultist and a robbery gang member operating along Uli/Ihiala axis.
Discreet investigation led to the arrest of his accomplices namely,
-Izuchukwu Ikueze male aged 25yrs
-Nwabueze Ikwueze aged 27yrs
-Chukwudi Obi aged 30yrs
-Tochukwu Obi and Cheta Obi
These are all males and members of Aiye and Vickings Confraternity. 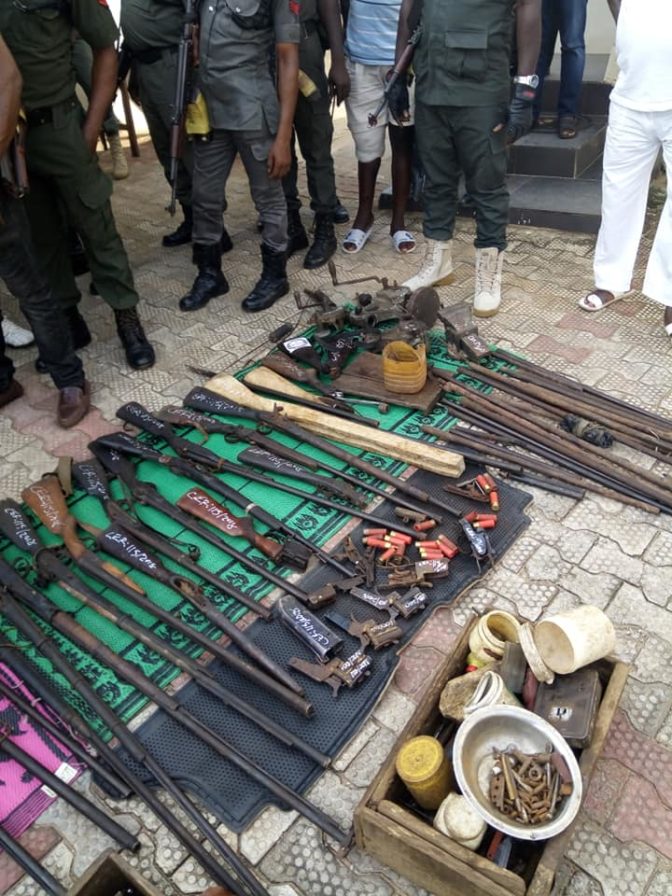 Also arrested is one Obi Benjamin male aged 72yrs of Umuoma Uli, a local Arm manufacturer and in whose possession the following arms were recovered.
-One Berretta Pump Action Gun with No a 302-CAL 12,
-Eighty Four (84) Assorted Single/Double Barrel Guns,
-Ten live cartridges and other working tools used in servicing guns 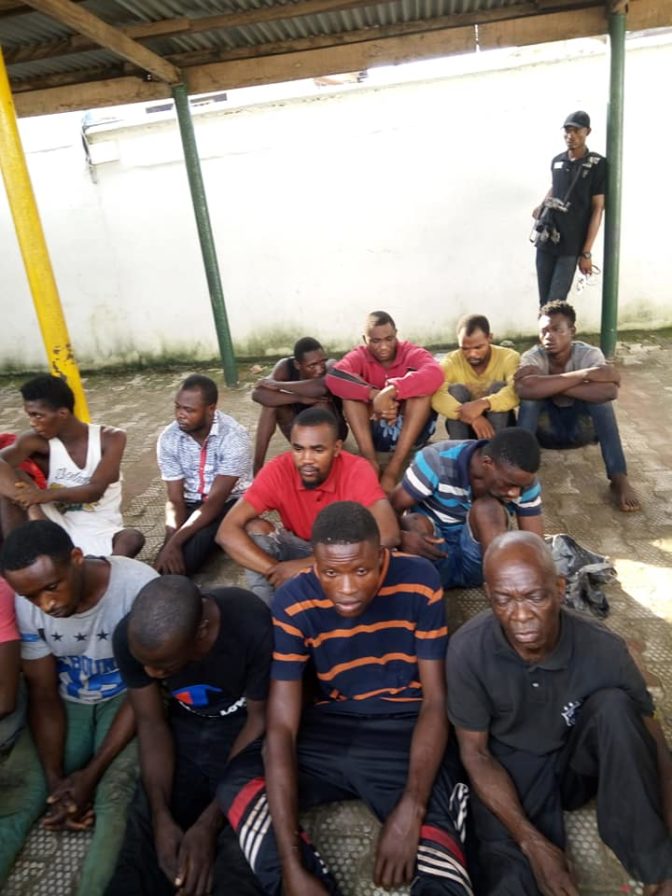 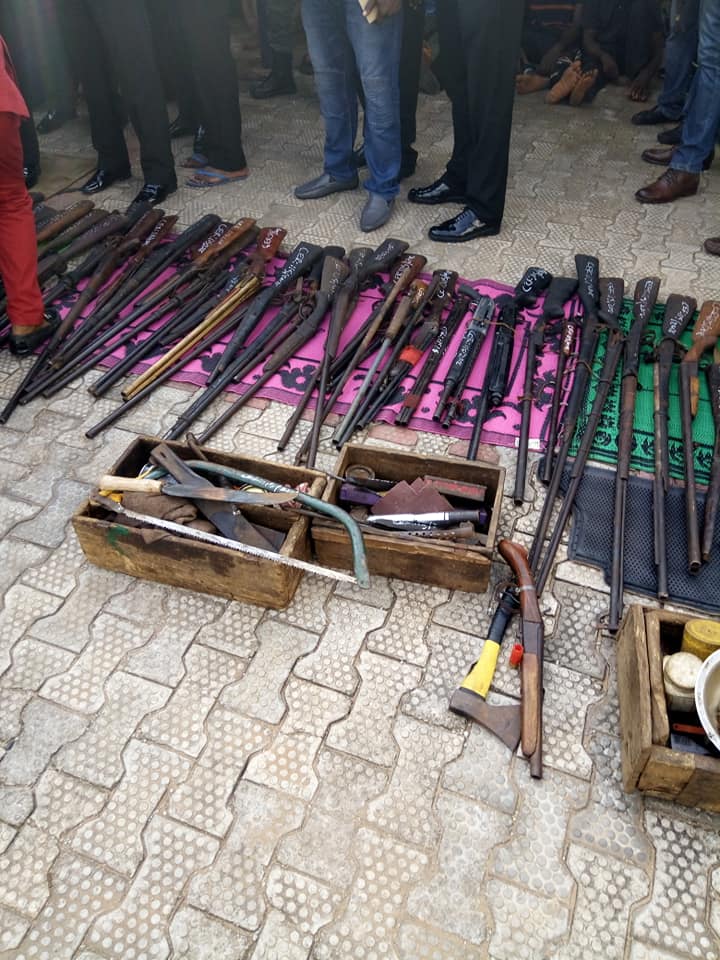 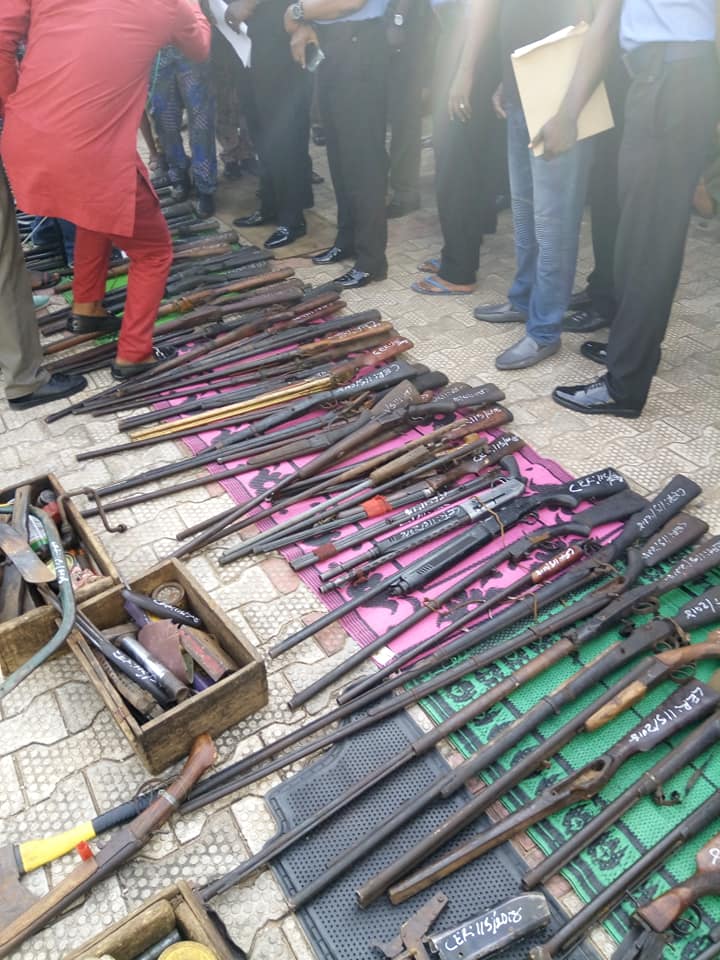