A national youth corps member has become and instant sensation in his Abuja camp because of his resolve to make it in life despite his physical condition. 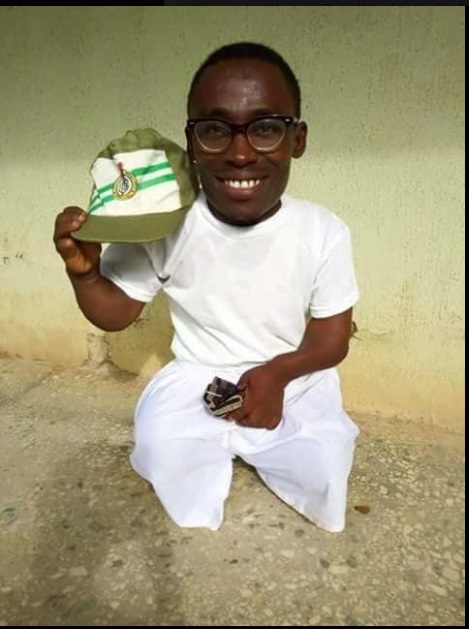 The physically challenged man who graduated with a higher national diploma in Science Lab. Technology from Nuhu Bamalli Polytechnic Zaria, got a first-class treatment in the Abuja orientation camp as the wife of the vice president, Mrs. Dolapo Osinbajo and the Director General of NYSC, paid him a visit.

Report has it that the young man is gaining more attraction and attention from the public because he never allows his condition to weigh him down. He was said to be also popular among other corpers at the NYSC camp due to his gentle nature.
See more photos: 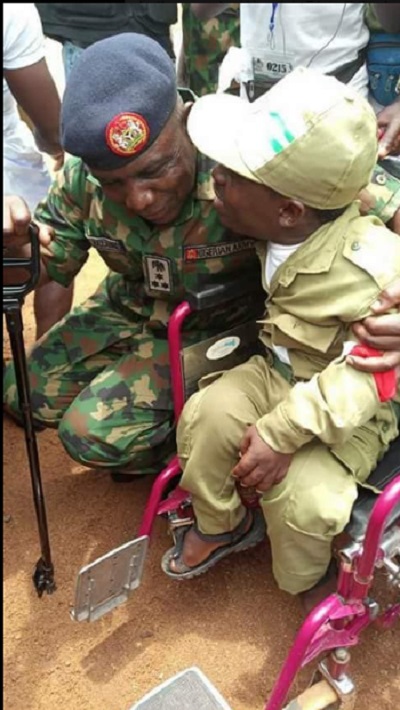 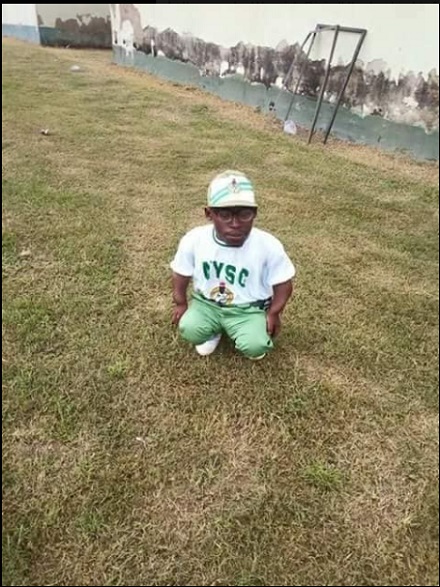 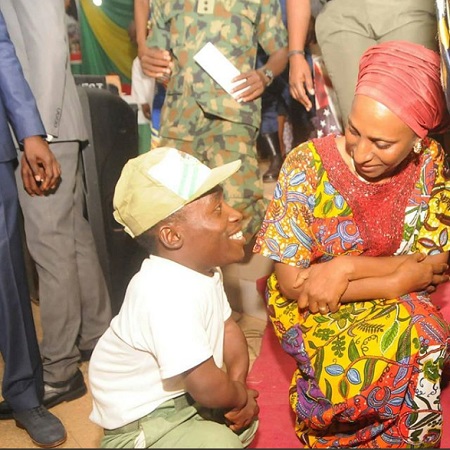