Uduak Akrah: 5 Things You Need To Know About The Late Actress Who Died After Falling In The Bathroom


There are certain things you may want to find out about Uduak Akrah, the Nigerian actress who died after she fell in the bathroom. 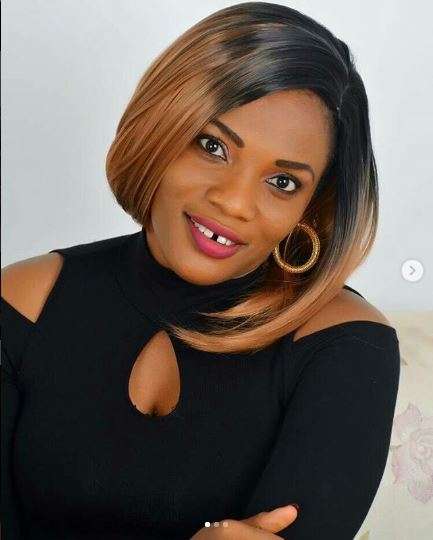 Uduak Akrah
Nollywood has been thrown into shock and mourning following the death of actress, Uduak Akrah.
Uduak Akrah passed away a few days ago following injuries sustained after falling a bathroom about two years ago. For those familiar with Uduak, she was a talented actress who will be deeply missed not just by the entertainment industry but by friends and family.
She wasn't just a pretty woman but had a very infectious smile which was her signature look. We would love to share with you guys, 5 things you need to know about the late actress.
1. Her state of origin and education
Until her death, Uduak Akrah who has been in the entertainment business for over two decades hails from Akwa Ibom state in south-south Nigeria. She received a Diploma in Theatre Arts from Lagos State University, Ojo, Lagos State and a Bachelor of Arts in Creative Arts from the University of Lagos.
2. An actress and singer
Uduak Akrah might have been known by many mainly for her acting prowess but it would b nice for many to know that she actually sings. She may not have had a number of hit songs but she was multi-talented. Uduak is known for films like ‘Emotional Crack’ and ‘Bafana Bafana.’
3. Her youtube channel and event planning business
If you follow Uduak Akrah on her Instagram page, you will have a would notice she had a youtube channel which she used to propagate her show. Uduak in her youtube videos talked about social issues in a hilarious way. Until her death, she also ran an event planning business in Abuja.
4. Uduak the philanthropist
Uduak Akrah was a philanthropist until her death. Even though she didn't make a big fuze about it, her philanthropic gestures can be spotted on her social media page. She was a frequent visitor to orphanage homes where she spent time with kids and gave out a lot of gifts to them.
5. How she died
Uduak Akrah passed away on Saturday, August 25th, 2018 after suffering from injuries sustained from slipping a bathroom two years ago. She was transferred to the University of Lagos Teaching Hospital from Abuja where she passed on.
Uduak Akrah will be missed by all. May her gentle soul rest in perfect peace.
***
Compiled by Pulse
Top Stories