Destiny Etiko had a rough time on the set of a new movie where she played a challenging role that required her to get rid of her hair, mourn and carry a coffin. 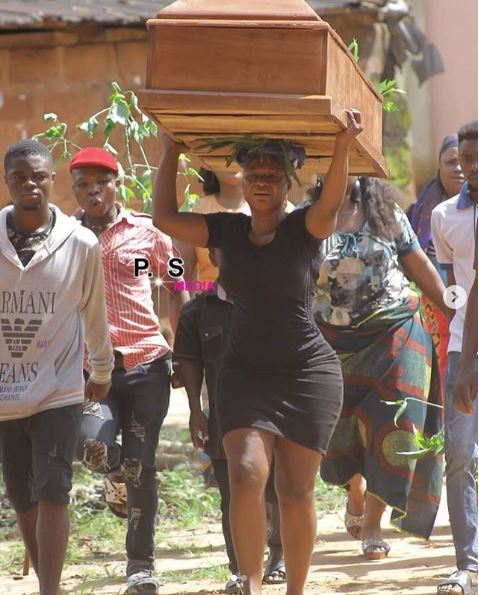 Destiny Etiko on set
Curvaceous actress, Destiny Etiko has shown her versatility as she plays the role of a mourning woman on a movie set.
She wore a black gown and carried a coffin on her head as she was humiliated by the public. It appears she was accused of killing her husband by her in-laws which a typical Nollywood script entails.
The actress, from the quality of the pictures performed well and her followers on Instagram are excited about watching the movie.
See more images: 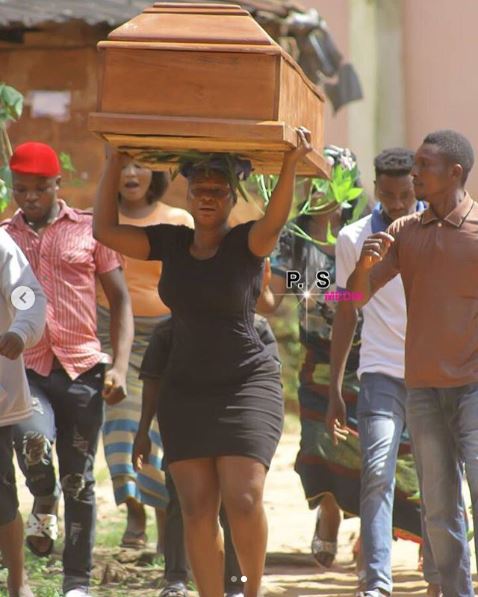 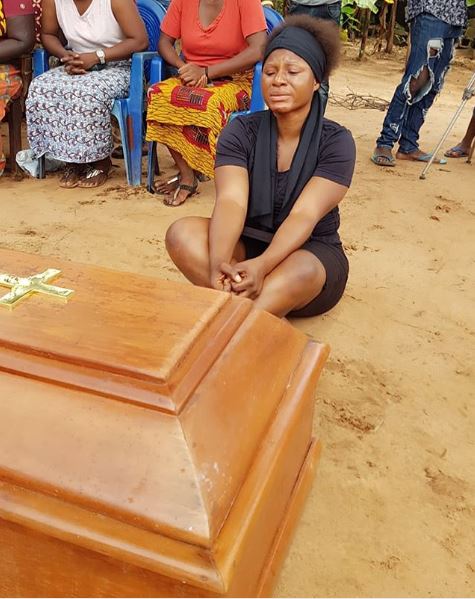 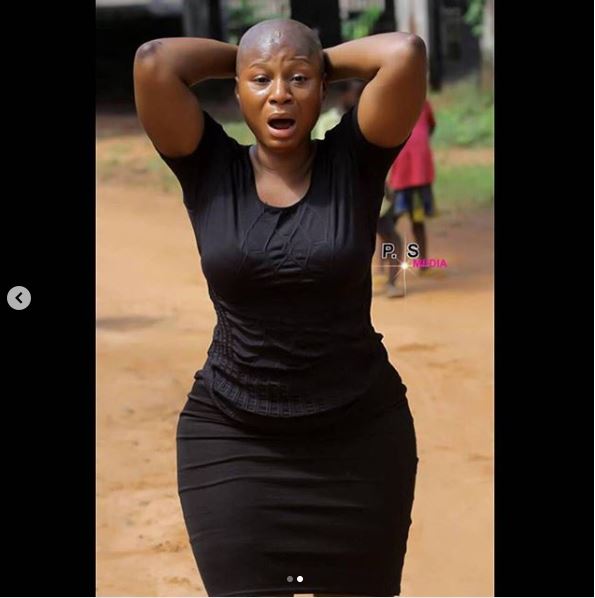 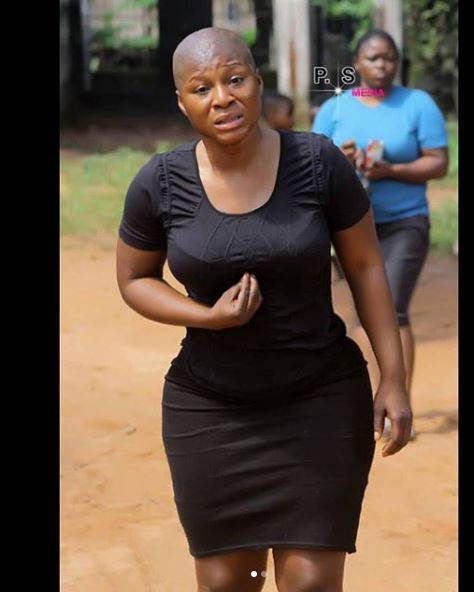 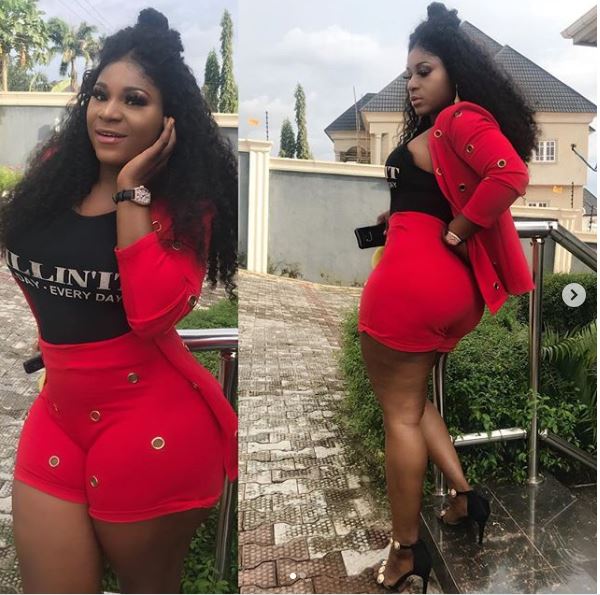 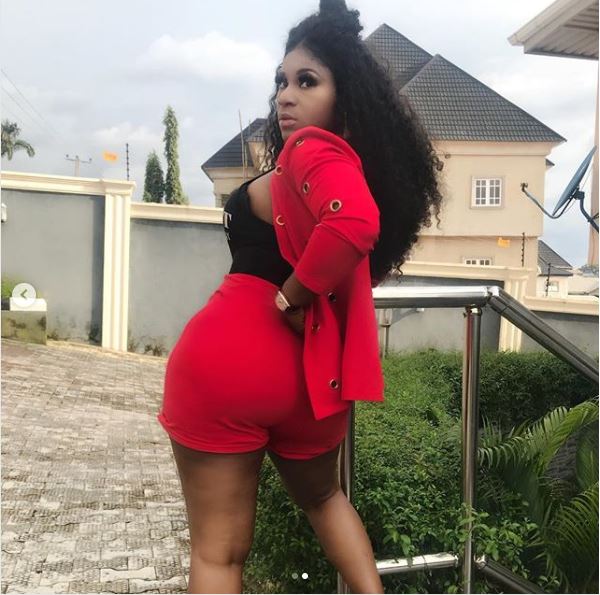 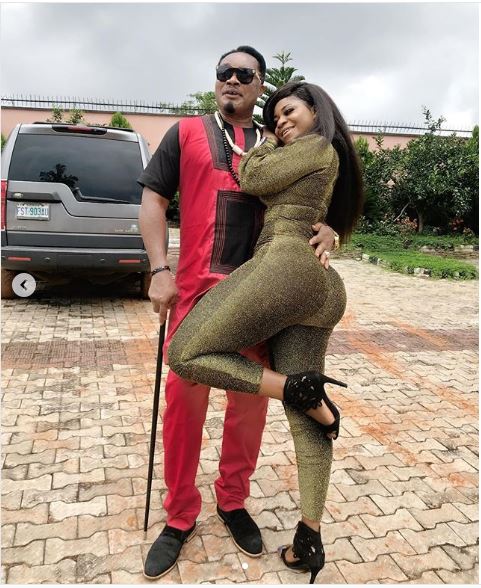 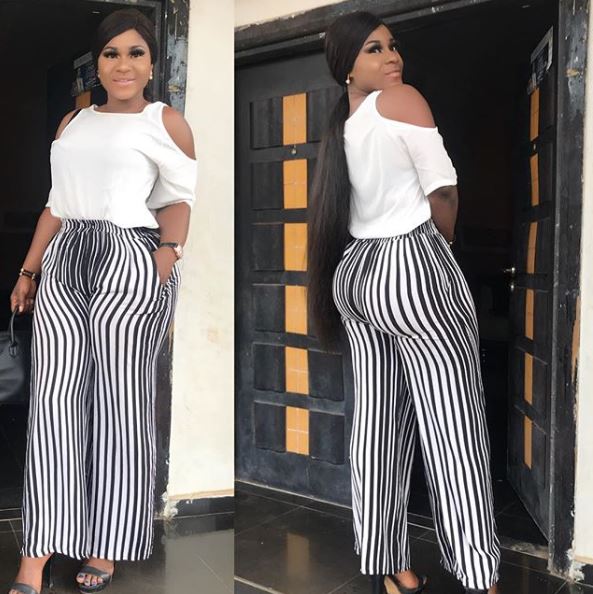 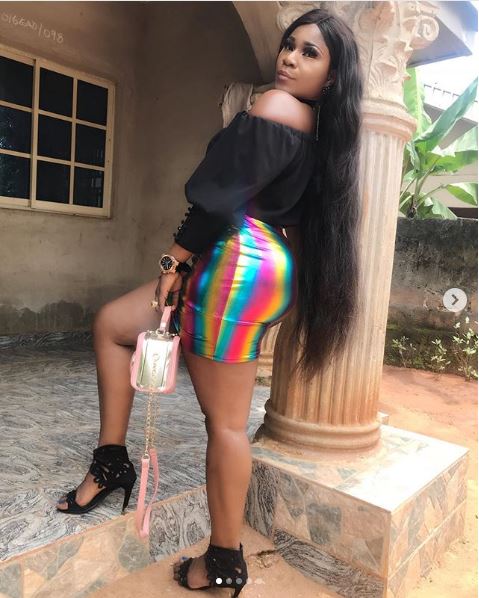 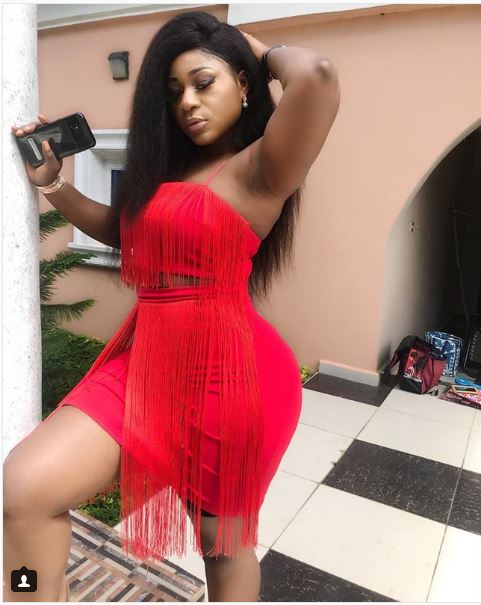 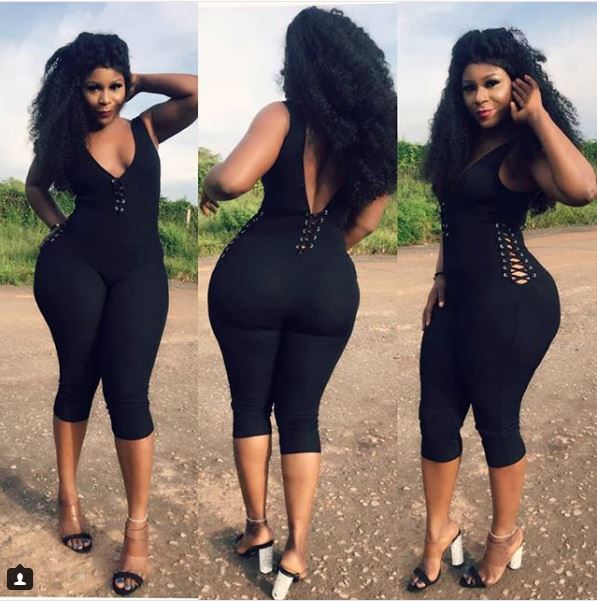