A woman married her best mate's dad who is double her age - and now the trio all go on holiday together. 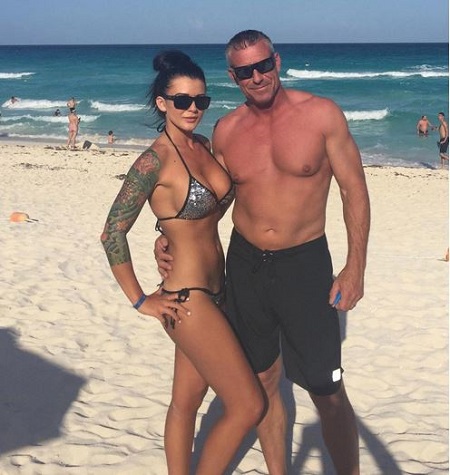 A Phoenix couple’s love story is going viral thanks to their age difference and the way they met.

Taylor Lehman, a 27-year-old real estate agent, celebrated her first wedding anniversary with 54-year-old Kern Lehman in May. Aside from the pair’s age difference, people have taken interest in the fact that Taylor was friends with Kern’s daughter before they started seeing each other.

“When we first met, I worked with Kern’s daughter, she was my best friend and he was married at the time. I was also in a relationship,” Taylor told Caters News Agency. “At first I thought he was very handsome. I have always been attracted to older guys. He thought I was cute, and we started flirting at the bar.” 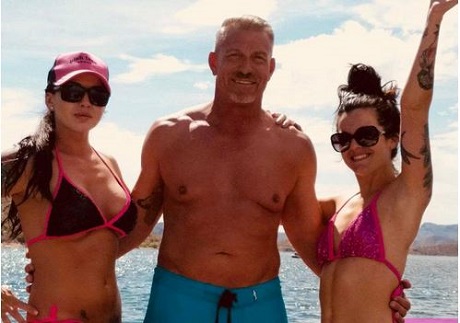 Taylor, left, met her husband through his daughter - her best mate Amanda, right
Taylor told the outlet that she felt “guilt” about their relationship at first, since she was so close to Kern’s 30-year-old daughter, Amanda. These days, though, Taylor said that Amanda “knows I will always be there for her in her life and problems.” And while Amanda probably won’t be referring to her pal as her stepmom anytime soon, it is nice to know the whole family is so close.

As for their age difference, Taylor explained that she considers her relationship similar to that of Catherine Zeta-Jones and Michael Douglas, who have been married for almost 18 years. The famous couple, who share the same birthday, have a 25-year age difference. 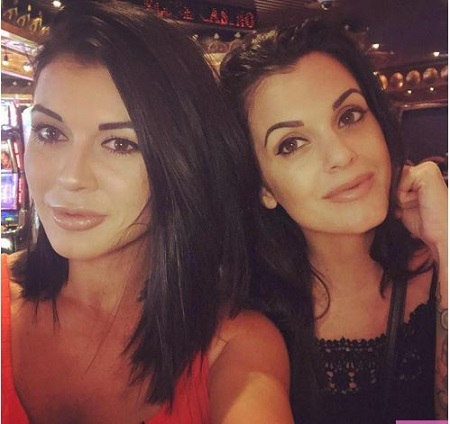 Taylor and Amanda had been friends for a year before she hooked up with her dad
“They have a similar age gap to us. She is brunette and he has silver hair, like us, but Kern is way better looking than Michael Douglas,” Taylor said. “People have told us we look like them while vacationing and that we are a very striking couple.”

Still, Taylor admitted that their age gap does have its downsides. Apparently, a notary who helped them close the deal on a house they bought in California thought she was Kern’s daughter. Fortunately, though, it sounds like the two of them are able to laugh those awkward situations off, because they’re comfortable in their relationship. 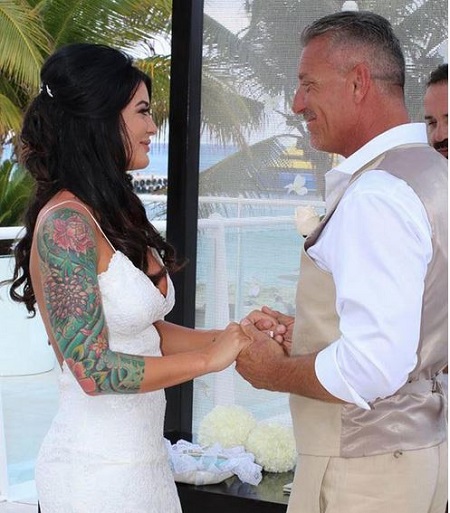 The couple tied the knot last year, in an intimate 25-person ceremony in Cancun, Mexico

“When we first got together I was very insecure, I felt everyone was staring or questioning us, but that was only because it was new,” Taylor said. “People stare at us, but I think it’s because when we are both dressed up we are a good-looking couple.”

Taylor also shared with the outlet that she originally considered her relationship with Kern a “rebound thing” and didn’t expect to get married. “But we hit it off, we like the same music and are both old souls. I fell in love with him for his personality, it made him so attractive to me,” Taylor explained. “He is fun, outgoing, we both like to party, and he was charming. I appreciate his age, wisdom and also, the security we have as a couple.”
Top Stories