24-year old Asisat Oshoala has shared an old but undated picture of her, before the fame and money she is basking in. 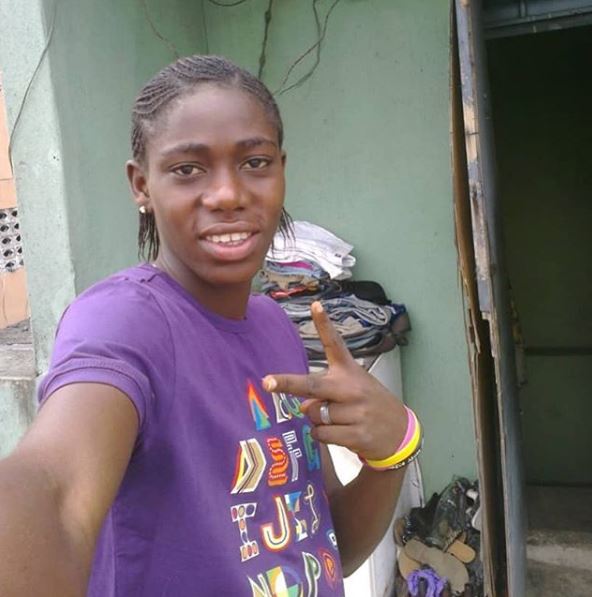 Asisat Oshoala
Asisat Oshoala wasn't born with a silver spoon but she walked her way to the top via hard work.
This is a picture of her when she was still struggling to make the needed impact in football. Today, the young lady has become a continental football star.
Asisat Lamina Oshoala, MON, is a Nigerian professional footballer who plays for Chinese side Dalian Quanjian F.C. in the Chinese Women's Super League as a forward.
She was named best player and was the highest goal scorer at the 2014 FIFA U-20 Women's World Cup.
Top Stories