Shocker: African Archbishop Drowns In Front Of His Own Church Members During Baptism


An African Archbishop has reportedly died right in front of his own church members while baptizing some people. 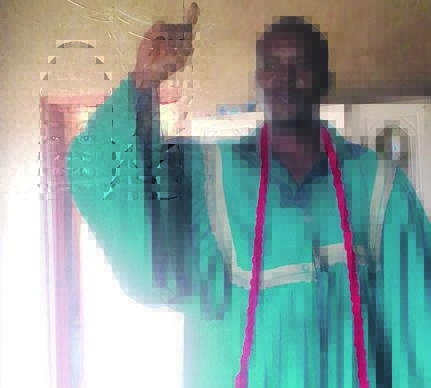 Archbishop Andries Moeti
A South African Archbishop, Andries Moeti has died during baptism, Daily Sun SA reports.
The cleric usually went under water for a minute to pray before baptising new members. However, on Sunday, the 36-year-old leader of New Heaven Apostolic Church in Marobjane Village, Limpopo, drowned in front of church members who were queueing up to be baptised.
When people realised the archbishop had been under water for a while, they screamed for help as they were afraid to go in and rescue him.
His mum, Elisa Moeti (60), told Daily Sun it was hard for church members and his family to accept Andries’ death.
“We are still shocked because he always went to the stream to pray and baptise people. He would go into the water for a minute before letting his congregants go in for prayers.
“I believe his death was God’s will because those who were there when he drowned told us the incident was mysterious,” said Elisa.
His dad, James Seshoka (57), said it was a sad moment when the search and rescue unit recovered his body from the water. Church members were fainting and crying.
The archbishop will be laid to rest in Marobjane tomorrow.
He leaves behind his wife and three children.
Elisa, who worked closely with her son, said she would look after the church and his family.
Top Stories