Angry Husband Reveals Why He Killed His Wife With Cutlass (Photo)


A man who brutally killed his wife with a machete has opened up on why he decided to take his wife's life. 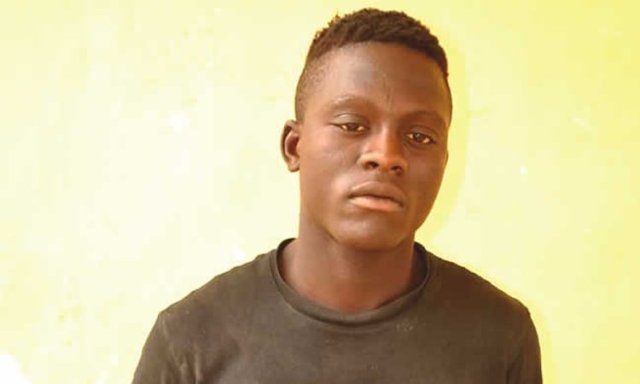 Banti
A 39-year-old man, Farida Banti, of Hungu village in the Mariga Local Government Area of the state has revealed what made him brutally murder his own wife.
Banti made the confession on Sunday after being arrested by the Niger State Police Command.
The suspect was said to have killed his wife, Hajo, also known as Maijari, with a cutlass over their frequent misunderstanding.
Northern City News gathered that the suspect had earlier sent his wife to her parent’s house “to learn manners.”
After some time, it was learnt that the suspect demanded that Hajo should return to his home, but she allegedly refused to return.
The suspect said that he killed his wife with a cutlass over what he described as “incessant misunderstanding.”
He said, “I inflicted deep cuts on my wife, which resulted in her death, because she refused to obey me.
“In fact, it was extreme provocation that made me kill my wife.”
Asked whether he regretted his action, Banti said he felt bad for killing his wife but insisted that
“women must learn to obey their husbands so that what happened to my wife will not happen to them.”
The state Police Public Relations Officer, Muhammad Abubakar, confirmed the incident, saying the suspect had confessed to the crime.
Abubakar said the matter would be charged to court as soon as investigations into the case were completed.
Top Stories