Mr Buhari had on Monday promised to terminate the life of anyone who hijacks the ballot box as the rescheduled general election kick starts on Saturday. 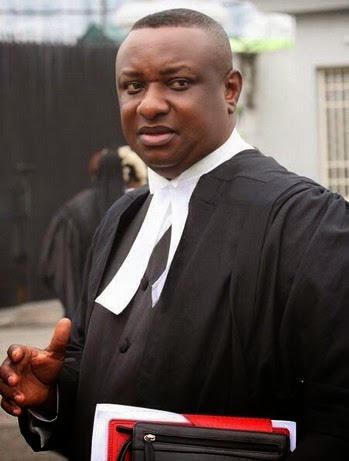 Festus Keyamo
Festus Keyamo, the re-election campaign spokesman for President Muhammadu Buhari who seeks a second term in office, says the punishment the Nigerian leader prefers and wants to unleash on ballot box snatchers is constitutional.
Mr Buhari had on Monday promised to terminate the life of anyone who hijacks the ballot box as the rescheduled general election kick starts on Saturday.
The president’s threat has generated reactions to which a fact check by POLITICS TIMES proved him wrong as the country was still operating under a democratic regime with electoral laws to punish those caught in the act of thwarting the electoral wish of the people.
Even the electoral body conducting the election said the president’s preferred punishment is not applicable as the commission under its act has punishment spelt out for such malpractice.
For the Senior Advocate of Nigeria (SAN) the president’s preferred punishment on defaulters is constitutional.
The legal practitioner stated this during a Channels television programme: The Verdict. Senator Dino Melaye also featured representing the opposing camp.
Keyamo who did not cite any section of the law to back up his claim said ballot snatching can be likened to robbery as the two crimes has criminal relations and can be tried using either electoral or criminal law.
He argued that armed robbery is punishable by death, saying Buhari’s statement should be understood as a commitment to protect the majority against the violent minority, which ballot snatchers represent.
The lawyer said both Nigerian and international law provided for an exception that allows criminal to be killed extra-judicially.
“I will advise the president to make the statement again and again…so if you don’t want to die, don’t snatch ballots,” Keyamu said.
Opposing him is Mr Melaye who described the president’s punishment as an endorsement of jungle justice.
“The president does not have the power to pronounce death on anybody even a criminal. That is for the judge and the president is not a judge,” the Senator said.
Top Stories