A Nigerian woman has taken to her social media page to cry out for help after being linked with the deadly FUTO romp that left many dead. 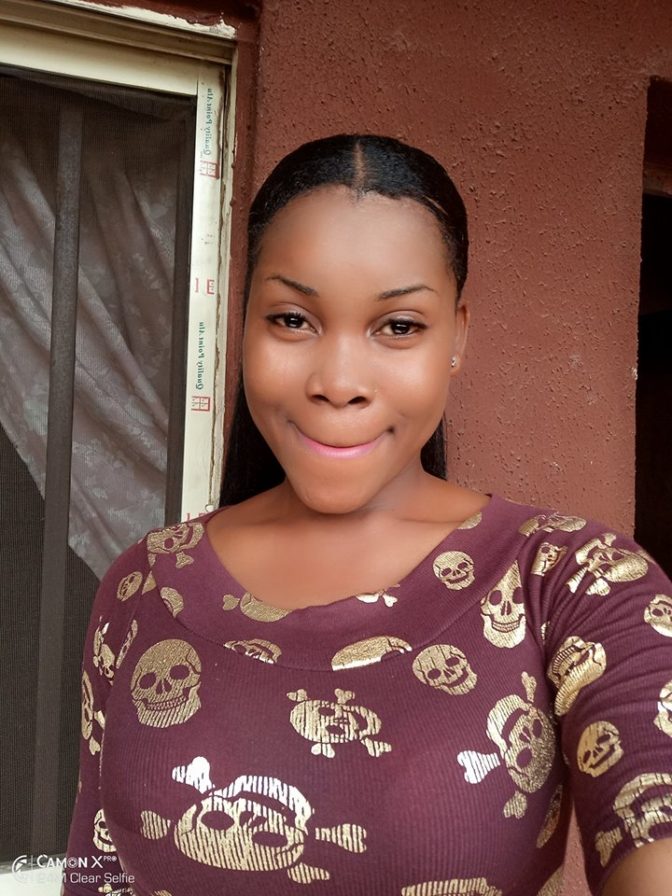 Clara
A young woman identified as Adaeze Clara, has been forced to raise an alarm online after being linked with the romp saga which saw three students of Federal University of Technology, Owerri (FUTO), Imo State, and a lady killed in the process.
For some days now, Adaeze Clara’s pictures have been trending online as being the lady among the students who engaged in drunken, Tramadol-fueled foursome s-x, which led to their deaths.
Adaeze took to Facebook to issue a disclaimer as she urged the public to disregard the trending rumours.
The group sex took place at the Sunshine Castle Hostel, Ihiagwa, Owerri, Imo State,  involving the lady identified as Onyinyechi Okafor, and three other male students of FUTO.
Onyinyechi Okafor was identified as a student at the Federal Polytechnic, Nekede, Owerri, also in Imo State. The victims died after allegedly taking Tramadol tablets and Indian hemp before embarking on the group s-x.
(See her post below) 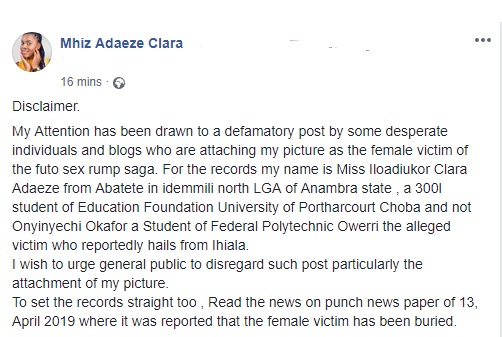 According to reports, Miss Okafor was buried on Thursday at her hometown in Ihiala, Anambra State. It was gathered that her course mates were forbidden from attending the funeral by the school authorities.
An undergraduate at Miss Okafor’s school said that the institution’s management barred her course mates from attending her burial.
The Rector of the institution, Michael Arimanwa, it was learnt, threatened that any student of the school who attends the burial would be sanctioned.
He (rector) was said to have been irked by the shameful circumstance leading to the death of the female undergraduate. 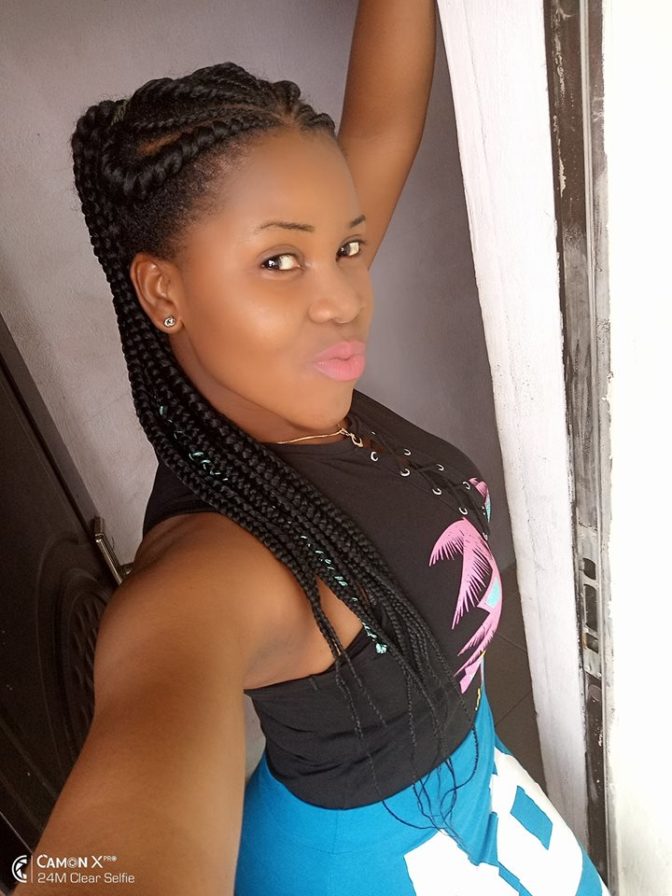