In what will come across as a really shocking development, a maid has gotten tied to a tree as punishment for leaving furniture outside. 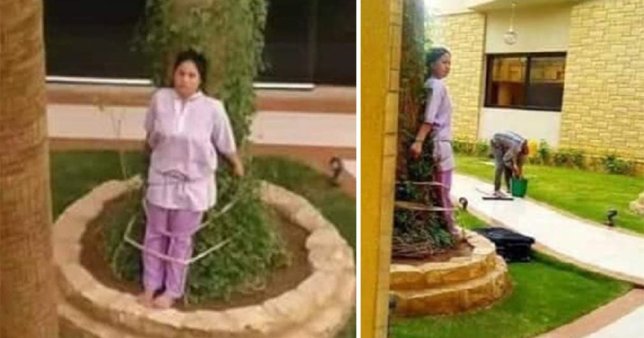 The maid was being taught a lesson about what it was like to leave things out in the sun (Picture: Viral Press)
A woman who worked for a wealthy family in Saudi Arabia suffered a humiliating punishment at their hands.
Lovely Acosta Baruelo, 26, is alleged to have angered her employers by leaving an expensive piece of furniture outside in the city of Riyadh.
One of the Filipino maid’s colleagues took a picture of Lovely as she was tied by her wrists and legs to a tree in the family’s garden on May 9. Speaking this week, she said she hoped her former bosses would find their karma for all the things they did wrong. 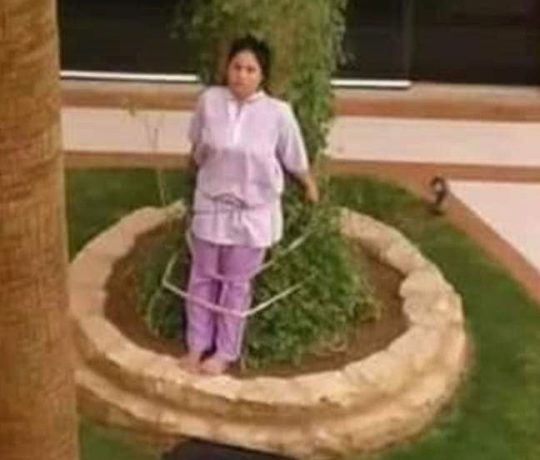 Lovely Acosta Baruelo, 26, was tied by her hands and legs to the tree outside the home where she had been working for a wealthy family (Picture: Viral Press)
Lovely said: ‘Thank you so much to all those who helped me. I want to also ask help for the other Filipinos left there. They are the ones who helped me and uploaded my pictures. I am afraid for their safety. I hope they get rescued too.
‘You old man will find your karma, just you wait. Keep deducting our salaries. This is the reason why you have poor health. It’s your karma for all the wrong things you did.’ 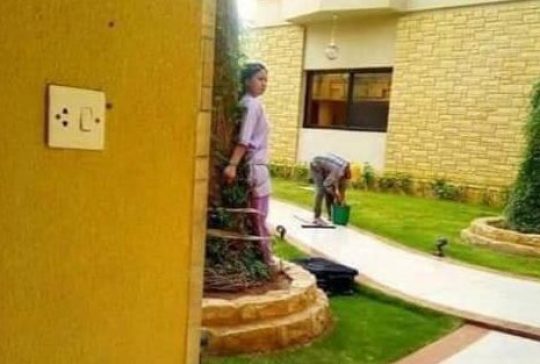 It is believed they wanted to punish her by showing her the damage that the sun can do. A friend begged for help and the Philippines Department of Foreign Affairs helped to return the maid to her home country.
A spokesman for the Philippines said: ‘The Department of Foreign Affairs (DFA) reports that Overseas Filipino Worker (OFW) Lovely Acosta Baruelo from Saudi Arabia arrived in Manila at 8.55pm on May 9, 2019.
‘The Philippine Embassy in Riyadh reported that the case of OFW Baruelo was referred to them on 9 May, and she was repatriated on the same day. OFW Baruelo was allegedly punished by her employer by being tied to a tree.’ 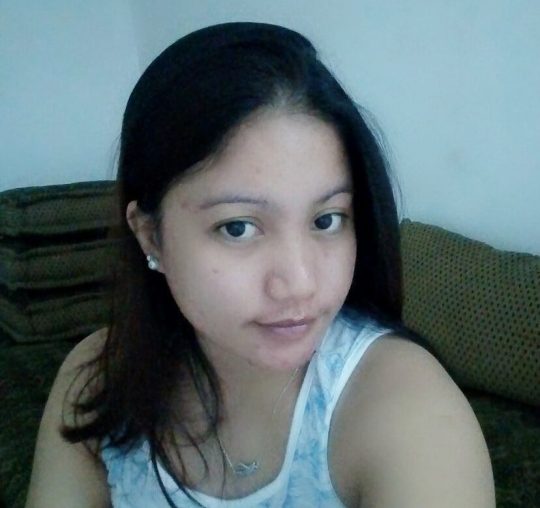 Lovely thanked those who helped her and said her former bosses will ‘find your karma’ (Picture: Viral Press)
A woman who claimed to be Acosta’s co-worker appealed for help and said that their employer would hurt them whenever they commit small mistakes. Lovely has since returned to her family in La Union, the Philippines.
An estimated 2.3 million Filipinos work in the Middle East and Africa and more than half of them are women. There have been many complaints that they are mistreated by their new employers.
***
Source: Metro UK
Top Stories