A man has asked Nigerians not to mourn people who commit suicide, adding that their bodies corpse should be dumped inside the evil forest. 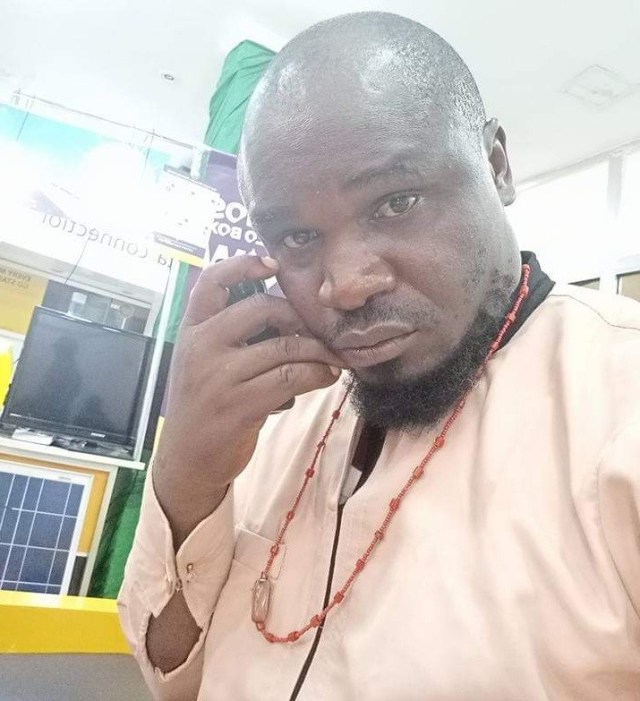 Nwolisa
A Nigerian man has reacted to the recent increase in the number of people committing suicide in the country as he said they should be dumped in the evil forest.
The man identified as Nwolisa Onyeozi who mocked RCCG pastor, Michael Arowobaiye for killing himself said the act is a ‘taboo’ in Igbo tradition.
While sharing photo of the RCCG Minister who recently took his own life, he wrote:
“It is not right for you to type RIP for someone who commits suicide, in our tradition as an Igbo people we don’t mourn them, we threw them away in an evil Forest, what they commit is an abomination it is a taboo you don’t have right to take your life we consider it evil ,so be careful so as not to cause calamity in your family thank you all” 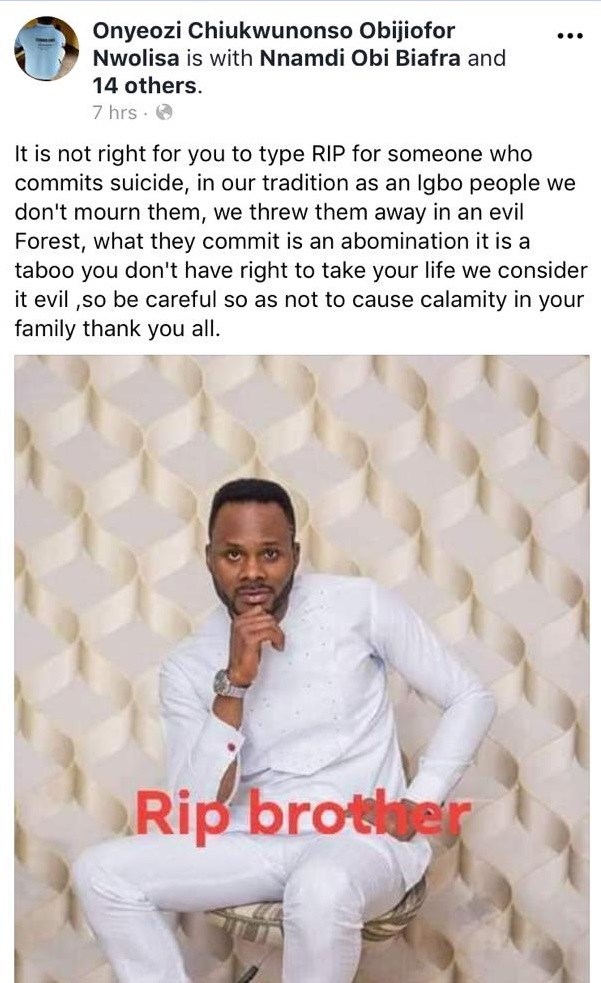