Baba Fryo has become the latest victims of brutality in the hands of security operatives in Lagos state.

Friday Igwe
Veteran Nigerian musician, Friday Igwe popularly known by his stage name, Baba Fryo has shared photos of himself with a battered face and has alleged that he was assaulted by unknown soldiers in Lagos.
The singer who was famous in the late 90s and known for his street song, “Denge Pose” shared a photo of his bloodied face and revealed that the unknown soldiers did that to him.
The veteran entertainer did not go into details of the assault but simply said, “I was humiliated by unknown soldiers I tried forced them to the barrack but a female soldier interfered and allowed them to escape. The case is under investigation. Thanks to Ojo Army barrack who took the case on their shoulder I pray they will surely be caught and brought to book.”
See a photo of his injured face below: 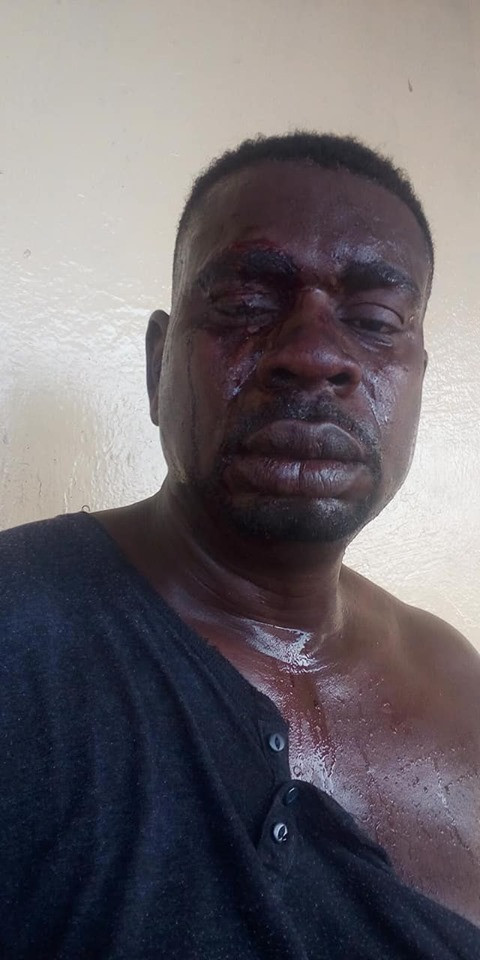