Nigerian singer, Naira Marley has been remanded in prison custody after appearing in court over credit card fraud. 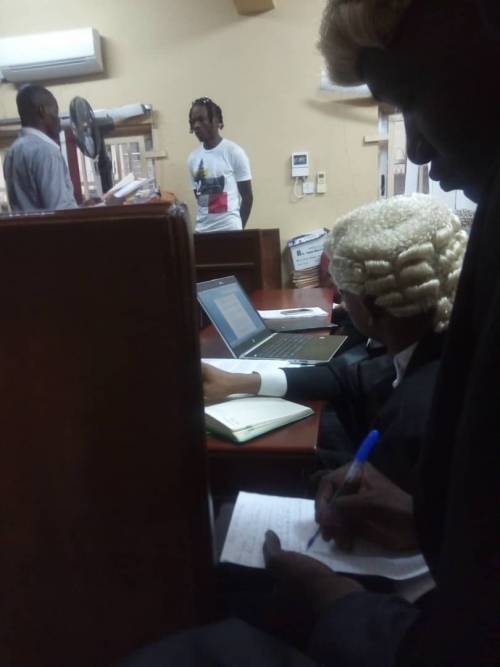 Naira Marley in court
According to Punch Metro, Justice Nicholas Oweibo of the Federal High Court in Lagos has ordered that upcoming musician, Azeez Fashola, alias Naira Marley, be remanded in prison custody.
The judge made the remand order on Monday morning shortly after the musician was arraigned before him on 11 counts, bordering on credit card fraud.
Naira Marley had pleaded not guilty to the cyber fraud charges pressed against him by the Economic and Financial Crimes Commission.
The judge adjourned till May 30 to take the bail application filed by the defence counsel, Taiwo Oreagba, on behalf of his client.
Top Stories