A Lagos court has remanded a Malaysian man in prison for attempting to defraud Polaris Bank of 250 million pounds. 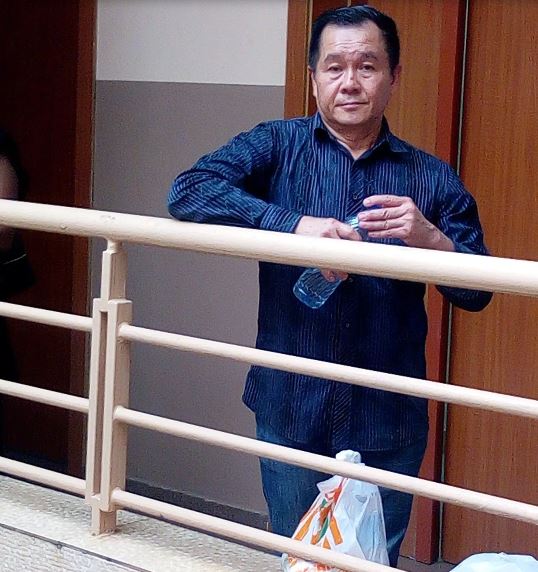 Tan Ah Chai Richard
An Ikeja Special Offences Court, Lagos yesterday remanded a Malaysian national, Tan Ah Chai Richard, in prison custody for allegedly attempting to defraud Polaris Bank of the sum of 250 million pounds, NewTelegraph reports.
Richard was arraigned alongside his company, Costal Asia Investments Limited by the Economic and Financial Crimes Commission, EFCC.
The Malaysian, who pleaded not guilty, was docked on a five count charge bothering on forgery, intent to defraud and use of false document.
The EFCC lawyer, Mohammed Bashir, told the court that the defendant and one Dr. Sawang Jana (still at large) committed the alleged offence on September 27, 2018 in Lagos.
According to Bashir, the offences committed contravened Sections 363 (2), 364 (1) and 409, 5(2) of the Criminal Law of Lagos State No. 11 of 2011.
The anti-graft agency alleged that Richard and Dr. Jana, with an intent to defraud, attempted to obtain the sum of 250, 000, 000 pounds by false pretence from Polaris Bank Plc (former Skye Bank Plc).
The commission further alleged that Richard forged a Swift Telex Advice dated September 27, 2018 indicating transfer of the sum of 250 million pounds to a Costal Asia Investment Account No: 1771828771 with Polaris Bank while purporting same to be from HSBC Bank Plc, London, United Kingdom.
Richard allegedly presented the forged documents and Swift Telex Advice to the bank as the Chief Executive officer, CEO, of Costal Asia Investment Limited.
However, the Defence Counsel, O.A Onifade, while urging the court to grant bail to his client, said that the defendant has boils all over his body and needed medical attention.
Onifade said, “the defendant was granted administrative bail by the commission to a serving Director and a Deputy Director with a landed property. And since then, the defendant has been consistently reporting to the EFCC’s office at Abuja.
“The defendant was brought to Lagos from Abuja yesterday while I was just shown the charges right here in court at about 9am this morning. The defendant’s intentional passport is still with the EFCC. And he (the defendant) has boils all over his body which requires medical attention.
“My humble application is that the defendant be kept in the custody of the EFFC pending the determination of his bail application by the court,” he said.
Justice Mojisola Dada, however, refused the application by the Defence Counsel and remanded Richard at the Kirikiri Maximum Prisons.
Justice Dada said that the defendant, for not residing in Lagos, shall be remanded in prison custody pending the determination of his bail application.
The matter was further adjourned till June 15 and July 2 for trial.
Top Stories