I Have Slept With My Girlfriend Over 800 Times - Man Recounts


This man in question appears to have overused his girlfriend in the other room and he is presently finding it hard to marry her.

Relationship blogger and adviser, Joro Olumofin has shared the story of a man who claims to have slept with his girlfriend over 800 times to the extent that he is no more s*xually attached to her.
According to him, he doesn't feel like a man whenever he is with the lady and feels he might not be able to marry her. He is using his story to discourage people from pre-marital s*x.
Read his story below: 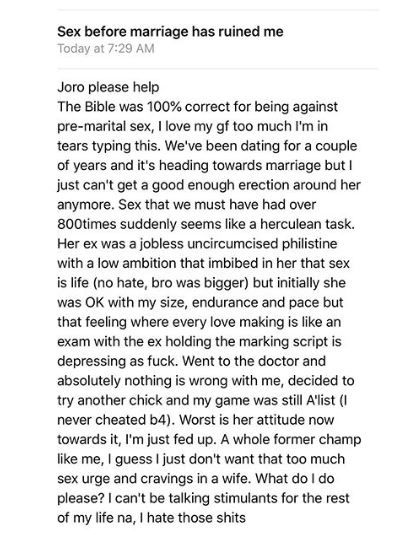