A learner driving alone in Satellite area of Lagos has fled after killing a someone yesterday. 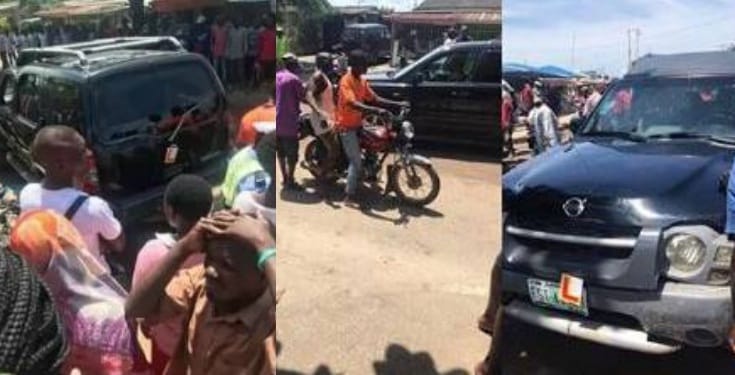 Scene of the incident
There was serious commotion yesterday in Satellite town area of Lagos state after a female driver who was obviously learning how to drive knocked down a commercial motorcycle, killing a passenger in the process.
The tragic incident happened in the afternoon at Nepa Junction, Satellite Town
It was gathered that the lady had initially knocked down two other road users before the tragedy.
See photo below: 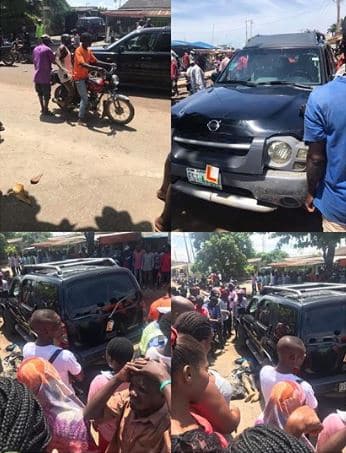