American musician, Jay Z has made history by becoming the first ever hip-hop artist to become a billionaire. 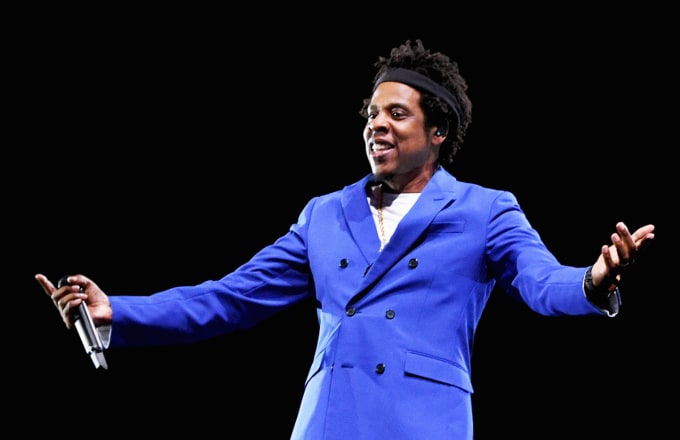 Jay Z
He is an astute businessman, talented singer and a cultural icon that has shaped both the global music industry and the business world of his time. His name is Jay Z.
Born Shawn Corey Carter on December 4th, 1969, Jay Z’s musical career kick-started after he launched his own record label in 1995 and since then, he has molded himself into a global icon. He has 14 No. 1 albums, 22 Grammy awards and over $500 million in pretax earnings in a decade, according to Forbes.
This musical powerhouse and global icon has now become the first hip-hop artist to become a billionaire. Considered among the best rappers of all time, Jay Z has utilized his abilities optimally by establishing himself as a mega businessman.
According to Forbes, he amassed a fortune of $1 billion through his rigorous hard-work, business acumen and good foresight spanning over two decades.
Jay Z is one of the best-selling music artists of all time and has sold over 100 million records worldwide. His album has been ranked number one on the billboard 200 thirteen times, earning him the record for the most number-one albums by a solo artist on Billboard 200.
Apart from being the first rapper to be inducted into the Songwriters Hall of Fame, receive commemorative “Salute to Industry Icons” award at the 60th Grammy Awards, he has also been ranked as one of the 100 greatest artists of all time by Rolling Stone.
His resume is littered with all kinds of records and history capable of making his colleagues die of jealousy.
But, it wasn’t all that rosy when he began.
Jay Z’s story is one of grass to grace. He started off as a poor boy selling drugs on the streets of Trenton, New Jersey and had a brush with death after being shot at three times following his father, Adnis Reeves’ decision to abandon his family.
His mother, Gloria Carter was left all alone to fend for Jay Z and his three siblings. Reeves died in 2003 after reconciling with him.
The story of his life changed after his mother bought him a boom box for his birthday which sparked his interest in music as she had revealed that he used to wake up his siblings at night banging out drum patterns on the kitchen table.
In 2008, he married singing sensation and musical heavyweight Beyonce. The couple have three children.
How he made his money:
– Jay Z has a $310 million stake in Armand de Brignac, Forbes has revealed. In 2014, Jay Z bought the interest in Armand de Brignac held by Sovereign Brands, a New York-based wine and spirits company owned by the Berish family after submitting an offer a spokesman of Sovereign Brands said they couldn’t refuse as reported by New York Post.
PageSix reported that Jay Z spent $200 million for his stake in Armand de Brignac.
The exotic champagne popularly called ‘Ace of Spades’ comes in gold bottles. A single bottle of the champagne cost approximately $300.
Over time, his investment in Armand de Brignac has soared bringing him financial success as Forbes revealed his stake has increased to $310 million.
– Forbes estimated that Jay Z has $220 in cash and investments, notable in this revelation is his estimated $70 million stake in Uber.
He is a co-owner of a celebrity sports bar called 40/40 Club after entering a partnership deal with Delaware North Companies Travel Hospitality Services which saw him resuscitate the business.
Iconix Brand Group bought Jay Z’s Rocawear rights for a record $204 million in March 2007, although he retained his stake in the company.
He has a stake in ‘Carol’s Daughter’, a line of beauty products.
– As part owner of D’Ussé, Jay Z has a stake worth $100 million, according to Forbes. He is also the company’s head of global strategy. D’Ussé Cognac is a VSOP from the house of Chateau de Cognac, the makers of Baron Otard.
– His investment in Tidal has appreciated to a whopping $100 million after acquiring the parent company, Aspiro in March 2015. Aspiro is a Norwegian media technology company that operates the subscription-based music streaming service Tidal which he purchased for $56 million.
– Jay Z is the founder of Roc Nation, an entertainment company that houses a record label, talent agency, touring and concert production company, music, film, philanthropy and other business activities. It was founded in 2008.
According to Forbes, the company is worth $75 million. Roc Nation represents top athletes and musicians via its sports and record label agencies respectively.
Forbes reported in 2017 that Jay Z inked a new decade-long, exclusive worldwide pact with Live Nation worth $200 million.
– Forbes estimates Jay Z made $75 million from streams and music albums. The musician also has art collections worth $70 million. He is reported to have bought Basquiat’s masterpiece ‘Mecca’ for a fee of $4.5 million in 2013 which he rapped about in his song, “Picasso Baby”.
– The musician has also invested in real estate, buying a pair of homes to match in 2017: a $26 million East Hampton mansion and a $88 million Bel Air estate, according to Forbes. He also owns owns a Tribeca penthouse, he bought for $6.85 million in 2004.
– Just recently, the Entrepreneur revealed that Jay Z has invested in New Jersey-based Partake Foods, a maker of allergen-free cookies. As money flows in, the businessman cum musician continues to expand his ever growing empire.
Culled from FamousUSA
Top Stories