A beautiful sales agent has reportedly disappeared from sight while on her way from work in an Ogun community. 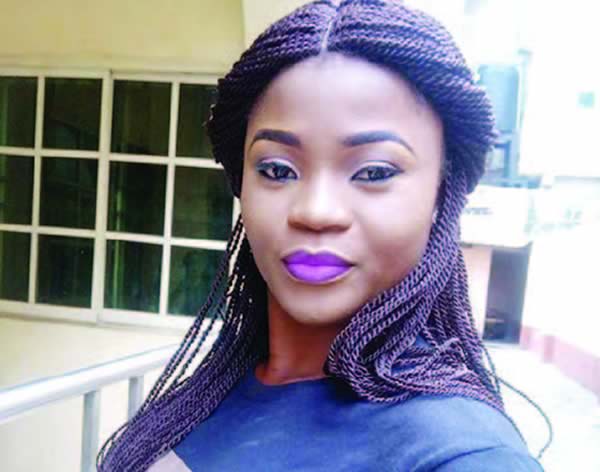 Oluwakemi Soyebo
Oluwakemi Soyebo, family members of a 22-year-old lady, are in distress following her sudden disappearance while returning from work, Punch Metro reports.
Oluwakemi was said to have gone to her place of work in the Agbara area of Ogun State on June 3, 2019, but has not returned home since.
Her colleagues reportedly said Oluwakemi left the office for home at the close of work that day.
The mother of the victim, Bukola Soyebo, who spoke with Punch Metro, said she thought that her daughter was with her friend but all her telephone lines had been switched off and efforts to get across to her had proved abortive.
She said, “My daughter went missing on her way from work; we thought that she was with her friend, whose place she usually slept whenever there was traffic and she could not come home.
“When such happened, she usually placed a call across to inform us that she would not be coming home because of the traffic and the friend in whose house she slept would speak to us, too.
“We have searched everywhere; her colleagues confirmed that she only works within the vicinity of where her company’s warehouse is in Agbara. Right now, her three telephone lines are unreachable.”
She added that the matter was reported at the Morogbo Police Station.
Bukola, who noted that the family members were becoming apprehensive, urged anyone with useful information on Oluwakemi’s whereabouts to contact the police.
Top Stories