Ekiti State Governor, Kayode Fayemi has revealed that Nigerian governors are yet to decide on the state/local government police creation. 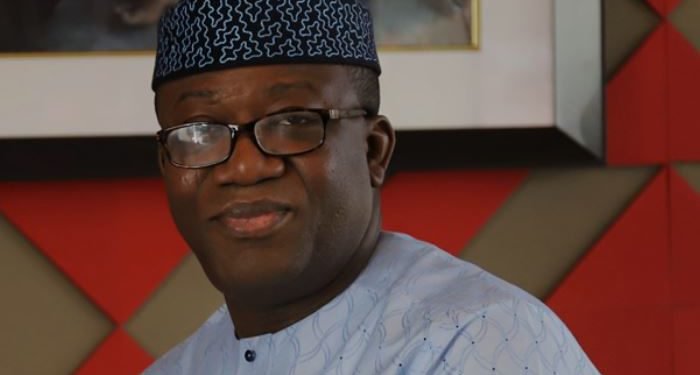 Fayemi
According to The Nation, Chairman of the Nigerian Governors Forum (NGF) and Ekiti State Governor, Kayode Fayemi on Friday said governors have not yet taken a position on the proposal for state and local government police.
President Muhammadu Buhari on Monday received report recommending creation of State and Local Government Police.
But speaking with State House correspondents after governors and security chiefs met Buhari in Aso Villa, Fayemi noted that while some governors had disclosed their ability to support such state and local government police, others were still battling with the challenge of paying existing workers salaries.
He was with his Ebonyi, Kebbi, Delta, Ondo, Plateau and Borno counterparts.
As security officers of their states, Fayemi said they briefed the President on situations in their domains.
He said they were ready to join forces with the President to end the security challenges in the country.
He disclosed that a comprehensive National Economic Council (NEC) meeting will be held to address the issue of security.
On the $1billion earlier taken from the excess crude account. Fayemi said that it must have been spent on securing the nation by the security agencies.
But he said he didn’t have the details.
Details shortly…
Top Stories