It was a beautiful Friday to remember for footballer, Mesut Ozil as President of Turkey served as his best man. 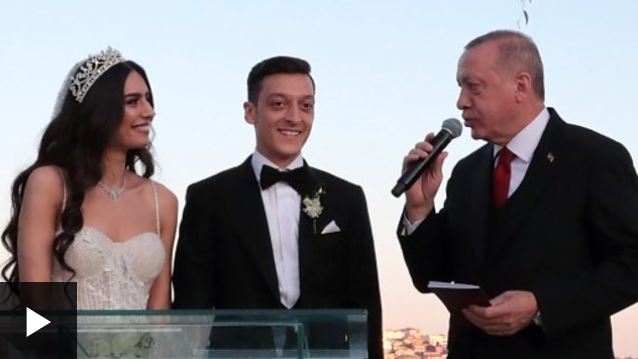 Ozil weds his sweetheart with Turkish President as his best man
Turkish President Recep Tayyip Erdogan was the best man at German footballer Mesut Ozil's wedding on Friday.
Ozil, who has Turkish roots, sparked a furore when he posed in photos with Mr Erdogan before the World Cup last year.
He then quit international football, citing the "racism and disrespect" he'd experienced over the photos in Germany.
The 30-year-old Arsenal midfielder married his fiancee, former Miss Turkey Amine Gulse, at a luxury hotel on the banks of the Bosphorus.
The couple first started dating in 2017, and announced their engagement in June 2018. 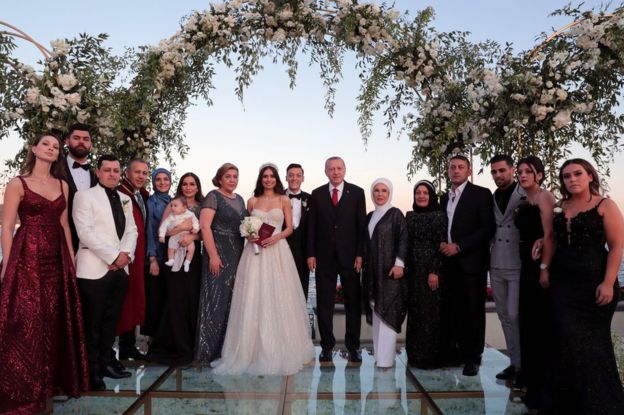 The couple got married on the banks of the Bosphorus (Reuters)
Ozil had announced in March this year that he'd asked Mr Erdogan to be his best man - which, again, sparked criticism in his home country.
Helge Braun, German Chancellor Angela Merkel's chief of staff, told Bild newspaper at the time that it "makes one sad" that Ozil would make such a choice, given the reaction to his meeting with the Turkish president last year.
Mr Erdogan meanwhile reportedly often attends celebrity marriages in Turkey, especially during election campaigns.
His attendance at Ozil's wedding comes ahead of a re-run of mayoral elections in Istanbul. The previous result - which saw his AKP candidate narrowly defeated - was annulled, prompting international criticism.
What happened last year?
The third-generation Turkish-German was born in Gelsenkirchen and was a key member of his country's 2014 World Cup-winning side.
He has 92 caps and fans have voted him the national team's player of the year five times since 2011.
But in May last year Ozil sparked a nationwide controversy when he posed alongside the Turkish leader ahead of the 2018 World Cup in Russia, prompting some in Germany to ask questions about where his loyalty lay. 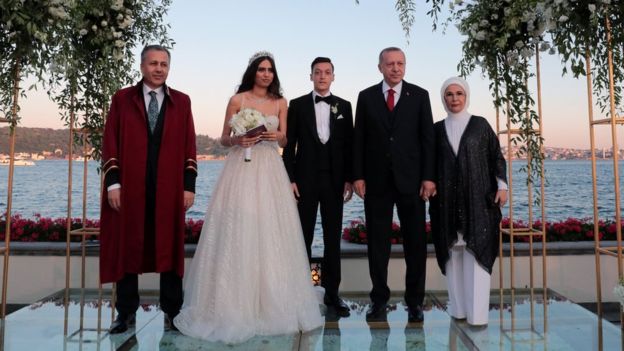 The couple got married on the banks of the Bosphorus (AFP)
The criticism worsened after the German team - the defending champions - crashed out in the first round.
After the humiliating defeat, Ozil posted a lengthy statement announcing his resignation from the national team.
He said he had received hate mail and threats and was being blamed for Germany's disappointing World Cup in Russia this summer.
"I am German when we win, but I am an immigrant when we lose," Ozil said, adding that despite his successful history with the team, the way he was treated made him "no longer want to wear the German national team shirt".
BBC
Top Stories