After being accused of mismanaging N3.4billion, the Emir of Kano has replied the query. 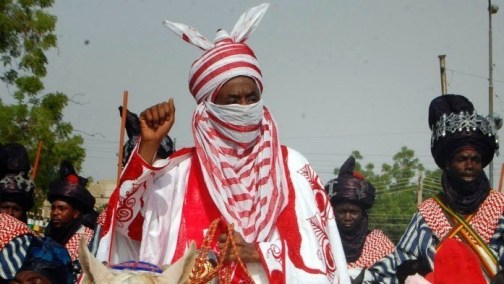 Emir of Kano, Muhammad Sanusi
The Emir of Kano, Alhaji Muhammad Sanusi II has denied allegation by the Kano State Government that he mismanaged N3.4billion public funds.
Sanusi revealed this on Saturday in his response  to the query issued him by government earlier in the week, said the total amount he met in the accounts of the Kano Emirates Council on his assumption of office was N1,893,378,927.38.
In the response signed by Abba Yusuf, Acting Secretary of the emirate council, the emir said:
“I am directed to refer to your letter No.SSG/OFF/03/V.1.dated June 6,2019 to which was attached a copy of  the report of the Kano State Public Complaints and Anti-Corruption Commission containing some allegations of financial misappropriation of the sum of N3.4 Billion by the Kano Emirate Council. You may wish to note that at the time His Highness was appointed Sarkin Kano, the exact amount in the accounts of the Kano  Emirate Council was N1,893,378,927.38. It is also important to note that His Highness, Sarkin Kano, is not the Accounting Officer of the Kano Emirate Council, but the Secretary of the Council.
“We thank you for giving us the opportunity to respond to the various allegations contained in the report and accordingly give our responses as per attached.”
The Kano State Public Complaints and Anti-Corruption Commission had claimed that  its investigation showed  that N3.4bn was misappropriated by the Kano Emirate between 2014 and 2017 under Sanusi.
The investigation followed a petition of financial misappropriation levelled against the  Emirate Council under the present emir.
The panel report had said: “It is also the opinion of this commission based on the available evidence that Emir Muhammadu Sanusi II continued to undermine the investigation through various means which included giving instruction to all officers invited for clarification to shun the commission’s invitation.”
Top Stories