The Economic and Financial Crimes Commission has finally opened up on why it withdrew from the corruption trial of Danjuma Goje. 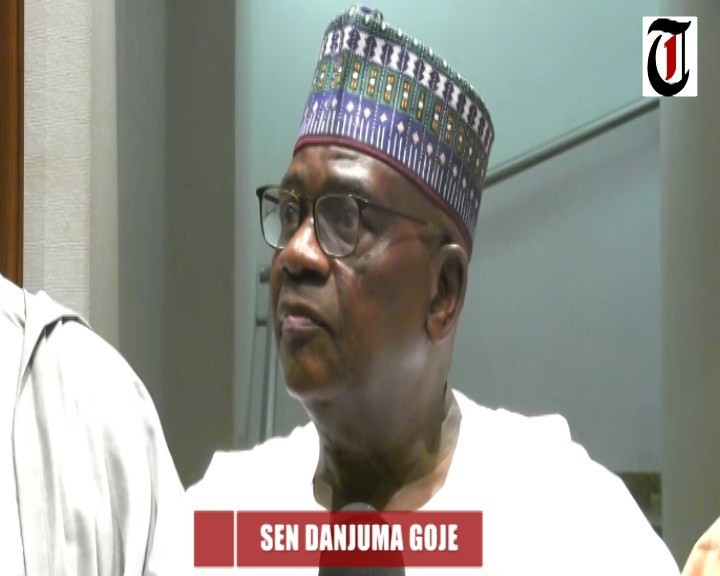 The Economic and Financial Crimes Commission (EFCC) has said that the Office of the Attorney-General of the Federation has the constitutional power to take over any criminal case at any stage of investigation.
Tony Orilade, the spokesman of the commission, made this known in an interview with the News Agency of Nigeria (NAN) in Abuja on Sunday.
Mr Orilade was reacting to the takeover of the case of alleged N25 billion fraud filed against former Gombe State Governor, Danjuma Goje by the commission.
According to Mr Orilade, by virtue of the existing law, the office of the attorney- general of the federation has the power to take over any criminal case at any stage.
“And that is exactly what has happened”.
The OAGF had on Friday taken over the case of alleged N25 billion fraud filed against Sen. Goje (APC-Gombe Central).
Mr Goje was until Thursday last week, a contender for the post of the President of the Senate.
He withdrew from the race after meeting with President Muhammadu Buhari and immediately endorsed his rival Ahmad Lawan (APC-Yobe).
Section 174 (1a) of the 1999 Constitution States that the Attorney-General of the Federation shall have the power “To institute and undertake criminal proceedings against any person before any court of law in Nigeria, other than a court-martial, in respect of any offence created by or under any Act of the National Assembly.”
While subsection (1b) says “to take over and continue any such proceedings that may have been instituted by any other authority or person”.
NAN reports that for almost eight years, the EFCC had been prosecuting the former governor until Friday, June 7.
The case, which was before Justice Babatunde Quadiri of Jos Federal High Court II, had even gone to the Jos Court of Appeal over the remaining two count charges out of 21 filed against him by EFCC.
The appellate court is yet to fix a date for the hearing of the appeal.
When the case came up for an emergency hearing before Justice Quadiri, the EFCC counsel, Wahab Shittu, told the court that the agency was withdrawing from the case and handing it over the office of the Attorney-General for continuation.
“My Lord, this case was earlier adjourned for June 20 for continuation of hearing, but then we are here today on the latest development on the matter.
“We as EFCC counsels are withdrawing from the matter and handing it over to the office of the Attorney-General for continuation with the prosecution.
“As you can see, in Court is a State Counsel from the AGF’s office to formally take over this case from us,” Shittu declared.
Responding, Paul Erokoro (SAN), did not object to the EFCC withdrawal and handing over of the case to the Attorney-General.
“My Lord we are not objecting to the anti-graft withdrawal and handing over the prosecution to the AG’s office,” Mr Erokoro said.
Pius Asika, counsel from the office of the attorney general, however, announced his appearance for the case.
Mr Asika then applied for an adjournment to enable him to prepare for the case proper “having come into the matter.
Top Stories