A man has filed a suit against his fiancee over her failure to honour the marriage agreement between them. 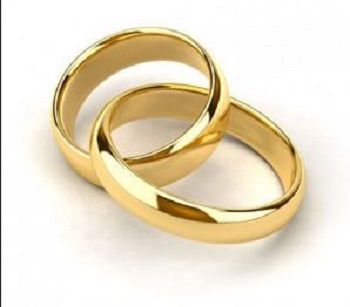 A businessman, Alhaji Shehu Marafa, on Friday prayed a Gudu Grade II Court to order his estranged fiancee to return the N500,000 he gave her to plan their wedding.

Marafa filed a suit against Aisha Shetima over her failure to honor the marriage agreement between them.

He alleged that Shetima collected N500,000 to plan for their wedding.

In his testimony before the court, Marafa claimed that in February, he went to meet Shetima’s parents in Bauchi after which he paid N50,000 as bride price and gave the parents N20,000, a basket of Kola nuts and a carton of sweets as part of the marriage negotiations.

He then said that after the engagement, the wedding was fixed for April 27.

Marafa also told the court that 2 weeks after the introduction, she called him and cancelled the wedding because she was no longer interested.

He then said the father returned the N70,000 given to them during the introduction but Shetima refused to return the N500, 000 he gave her.

“I also transferred N300,000 to her account when she started disturbing me for her balance.

“After she said she wouldn’t marry me again without giving a reason, I pleaded with her repeatedly but she bluntly refused to reconsider.

“I then informed her father who said he was going to talk to her.

“A week after, her father called and said she still insisted on calling of the wedding.

“Her father then returned the N70,000 and paid it into my brother’s account who then transferred the money to me.

“My brother then told me that he told her father that he has forgiven the basket of kolanuts and carton of sweet and so he didn’t need to return them.

In her defense, Shetima told the court that the reason she called off the wedding was that Marafa didn’t give her an option.

She said she informed Marafa that the date they fixed would not be convenient for her but he insisted on that date.

“After telling him that April would not be convenient, he told me that if I didn’t go ahead with it, he would begin to suspect me.

“As a result, I decided to call off the wedding,” she said.

The Judge, Ado Muktar adjourned the case till July 3 for judgment.