Arsenal Take Decision On Aubameyang's Future After Offer From China


The Gunners are also due for talks for Aubameyang's strike partner Alexandre Lacazette. 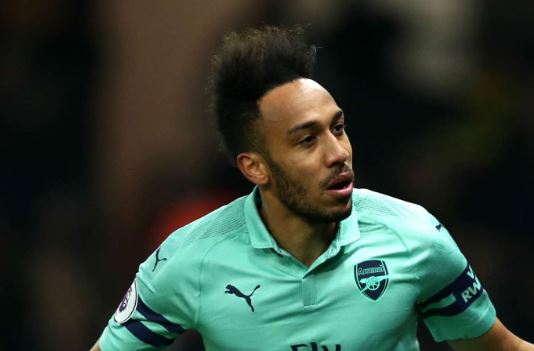 Pierre-Emerick Aubameyang
Arsenal are planning to offer Pierre-Emerick Aubameyang a new contract, as they aim to ward off interest in the player from China, the UK Mirror reports.
Discussions are expected to take place over the summer, with Aubameyang out of contract in two years time.
The Gabon striker is likely to receive a big pay rise after a season in which he shared the Premier League Golden Boot, after scoring 22 goals.
He is currently thought to be on around £190,000-a-week.
It is rumoured Guangzhou Evergrande and Shanghai SIPG have both made moves for the player and have offered an eye-watering £300,000-a-week, in order to try to tempt the 29-year-old to the Chinese Super League.
The Gunners are also due for talks for Aubameyang’s strike partner Alexandre Lacazette.
Top Stories