The police however maintained that at the moment there are no indications that the money was swallowed by a gorilla as earlier reported. 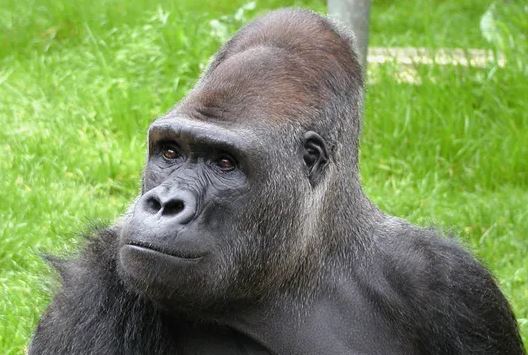 File Photo
The Kano State police authorities have said they would not hesitate to arrest a gorilla or any other animal linked to the missing N6.8 million at the Kano Zoological Garden, in the course of their investigation into the matter.
The police however maintained that at the moment there are no indications that the money was swallowed by a gorilla as earlier reported.
The state’s Police Public Relations Officer, DSP Haruna Abdullahi, told Daily Trust on Sunday that contrary to speculations, the N6.8 million went missing after an alleged robbery incident which occurred on June 9, 2019. Abdullahi said the police on June 9, received a distress call from some staff of the Garden, who informed them about the robbery incident.
He, however, said 10 staff of the Zoological Garden had been arrested by the police in connection with the missing money. The police spokesperson said so far none of the suspects has linked the missing money to any animal in the zoo. Abdullahi added that if any suspect links the missing money to any of the animals in the garden, police would not hesitate to arrest that animal.
“We have arrested the Garden’s personnel because we suspect negligence on their part. The money was proceeds generated within five days and it was during the just concluded Sallah celebrations. The personnel, instead of taking the money to the bank for safe keeping, they kept it with them, a situation that led to the alleged robbery. We are investigating the matter and I can assure you that we will unravel the truth of the matter,” he said.
Top Stories