Three people had been reportedly killed while houses and cars were set on fire in an outbreak of violence in parts of Jalingo on Sunday. 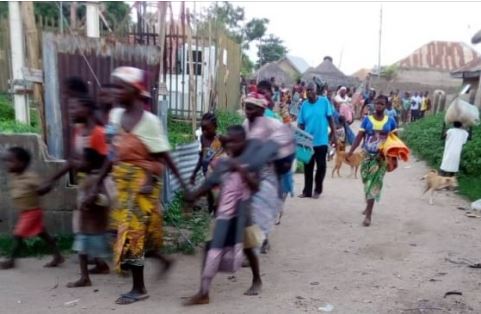 Saliu Musa, a resident, disclosed this to TheCable on Monday evening.

He said many people are on their way out of the village to avoid being caught in the crisis.

“We are under siege as I speak to you. Herdsmen are shooting sporadically and burning houses,” he said.

“We have left the village. Although soldiers have started arriving but these men look very determined.”

A senior official of the Taraba government had earlier told TheCable that security agencies were forewarned on the attacks but  the warning was not taken seriously.

Three people had been reportedly killed while houses and cars were set on fire in an outbreak of violence in parts of Jalingo on Sunday.

Ibro Bala, a witness, told TheCable that ATC Kofai, an area largely populated by university students was affected during the crisis.

“It’s actually a clash between herdsmen and a tribe called Kona. It started about two months ago when the herdsmen attacked them in their local communities,” he had said.

“So yesterday, Kona youth went on rampage in an area called ATC Kofai, at about 2pm to 5pm, the youth around there started attacking all the people, burning houses that belong to them. Many people were also killed while houses and cars were burnt.

Emmanuel Ishaku, another resident, said a popular market in the area was also affected and people had to leave for fear of retaliation.