The Serie A champions are hopeful that they can take the Frenchman back to Turn although Zinedine Zidane's side are also interested in the midfielder. 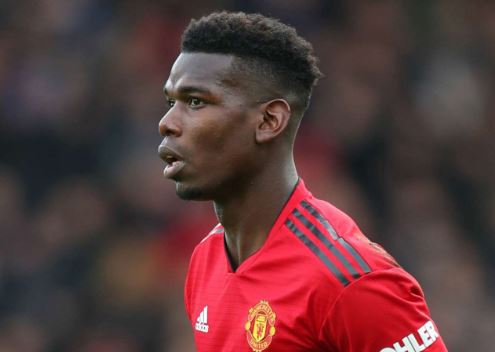 Paul Pogba
Juventus are stepping up their efforts to sign Paul Pogba but accept that they will face stiff competition from Real Madrid for the Manchester United midfielder.
According to sources close to the Serie A champions, the club's sporting director Fabio Paratici met with United officials to discuss a potential deal for the France World Cup winner while he was in the UK finalising a move for Maurizio Sarri.
And Juve are now planning to put together an official offer for the 26-year-old, who left them to rejoin United in 2016, expected to be in the region of €130 million to €140m (£116m/$145m to £125m/$157m).
They do, however, accept that Madrid will also be at the front of the queue to sign Pogba.
He is considered a top target for head coach Zinedine Zidane and the Liga side would very much be interested in taking him to the Bernabeu.
The ABC newspaper in Spain goes as far as saying that Real are willing to bid €125m (£112m/$140m) for Pogba and offer him a salary that would see him paid the equivalent of Eden Hazard, just short of the amount earned by club captain Sergio Ramos.
That said, Juve, who appointed former Chelsea manager Sarri as their new head coach on Sunday, are still ready to go toe-to-toe with Madrid in the race to sign the midfielder, with the deal to take Cristiano Ronaldo to Turin proving that nothing is impossible.
United, meanwhile, remain determined to keep Pogba and do not want to sell him in a move that would undermine manager Ole Gunnar Solskjaer, who has always been adamant that he wants to build his team around the Frenchman.
That puts the Red Devils in a stronger position over negotiating a potential sale, whereby they would demand as much money as possible should talks progress, and interest from Juve and Madrid be followed up with concrete offers.
Juve have continued to dominate domestically in Italy, winning their eighth league title in a row under former boss Massimiliano Allegri, although Champions League progress has been more of a struggle.
There was hope that the signing of Ronaldo would help end their 23-year wait to win Europe's biggest prize, although they came unstuck against Ajax in the quarter-finals of the 2018-19 version of the competition.
A move for Pogba would further show their ambition to finally conquer Europe, with Aaron Ramsey having joined on a free transfer from Arsenal and Paris Saint-Germain midfielder Adrien Rabiot having also been linked.
Mauro Icardi is another who interests the Serie A holders, although Juve are not keen on allowing Paulo Dybala to move to Inter as part of any deal for the Argentine striker.
Right-back Joao Cancelo, meanwhile, is all set to depart, with Manchester City close to finalising what is likely to be a €50m (£45m/$56m) move, plus bonuses, for the Portuguese.
Top Stories